Hawkeyes to Face Penn State on the Road 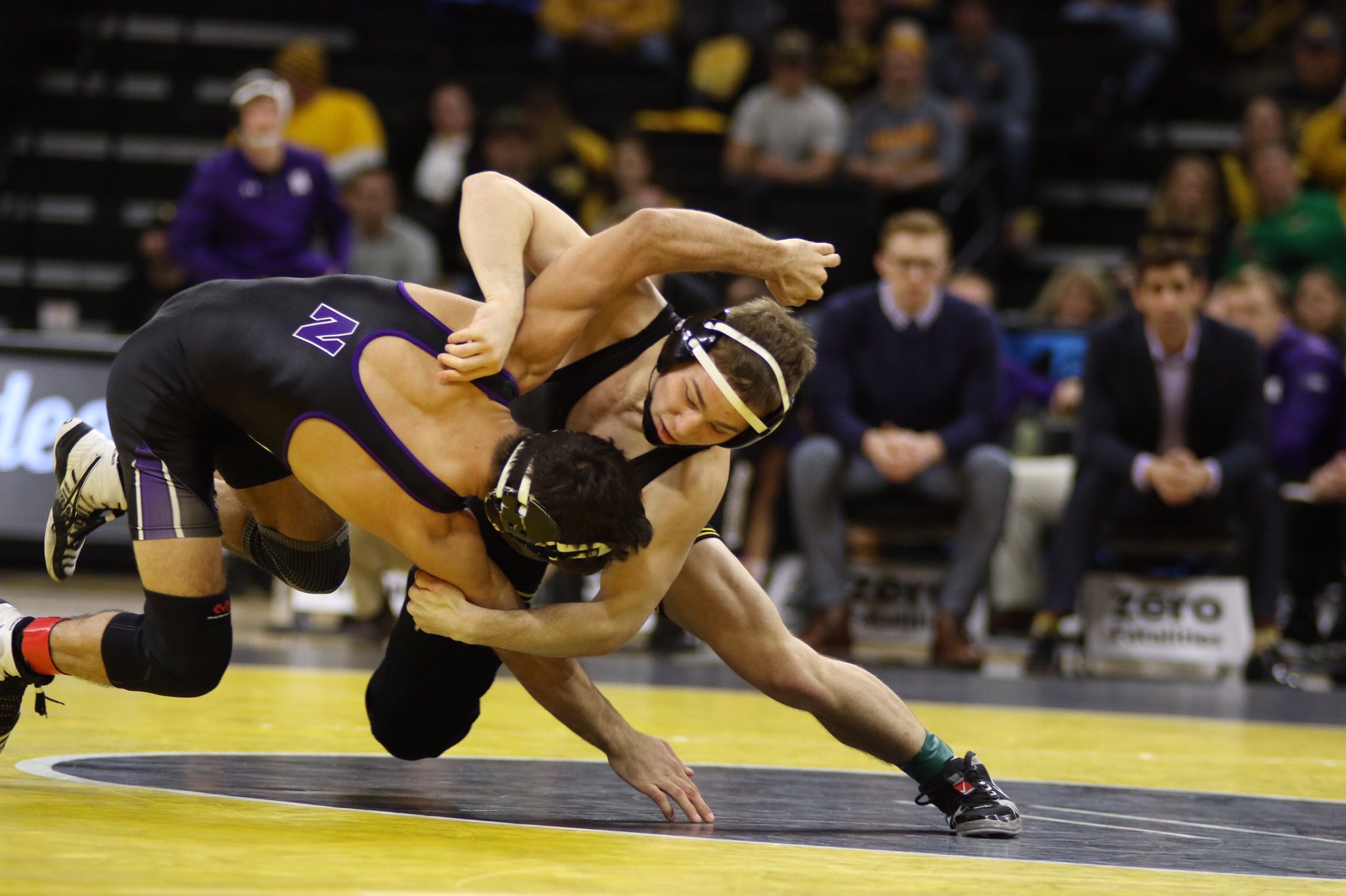 The Hawkeyes will take to the road to challenge the defending NCAA Champions, and newly minted #1 ranked Penn State. The Nittany Lions are fresh off of a victory over the former #1 ranked team Ohio State, and they did so even without the services of #1 ranked Jason Nolf at 157. Considering that Iowa fell to Ohio State it’s fair to assume that Penn State is the favorite in this match, but as we all know, dual meets are all about the matchups, and we’ve got a lot of high caliber matchups in this battle. Iowa’s trio of undefeated middleweights from 149-165 will put their undefeated records on the line against #1 ranked wrestlers at 149 and 165.

Starting off at 125 pounds we’ll have #4 Spencer Lee, making his return to his home state of Pennsylvania, to take on Carson Kuhn for PSU who was a recent transfer for the Lions, making his season debut against Nathan Tomasello this past weekend. Though Kuhn proved to be game in the first period, eventually it ended in bonus, and I think we’ll see a similar result here with a bonus win by Spencer, the real question is how much bonus?

At 133 pounds we’ll have two unranked wrestlers battling it out in the first big tossup of the dual with Paul Glynn taking on Corey Keener (another recent off-season transfer for PSU). This is a must win for the Hawkeyes to have a shot in pulling off the upset. Glynn is coming off a big win in Carver against Colin Valdiviez of Northwestern.

Moving on up to 141 pounds, we’ll have either Carter Happel or Vince Turk taking on #8 Nick Lee for PSU. Lee is the heavy favorite on paper here, and with a competition for the 141-pound spot still seemingly going on, a win here would go a long way towards solidifying the starting spot, easier said than done of course. That being said Lee is capable of picking up bonus here too.

On to 149 pounds , we’ll have a classic matchup with #2 Brandon Sorensen taking on his arch rival #1 Zain Retherford. Sorensen is 0-4 vs Zain all time, with his closest match being a 9-8 loss to Retherford in 2OT at the dual in Carver-Hawkeye last season. The two are projected to face each other in the B1G finals and NCAA finals (assuming both wrestle to seed), and this will give Hawk fans a good indication of what to expect in future matchups. The key points for Sorensen will be getting out from Zain quickly to prevent any Bow and Arrow turns for Zain and obviously getting to his offense, which he has only been able to do in his CHA match against Zain. A solid decision victory for Retherford seems to be par here, but be on the lookout for a SorenEagle upset.

At 157 pounds, what was one of the most anticipated bouts of the dual will not be happening with #1 ranked Jason Nolf out currently with an injury. #2 Michael Kemerer will be facing UR backup Bo Pipher. This looks like a match Hawk fans can expect either five or six from Kemerer, and more often than not gets the extra bonus points when needed.

The second half of the dual with another barn burner of a matchup. #7 Alex Marinelli will be taking on #1 Vincenzo Joseph at 165 pounds. These two have never faced before, but based on their matches with common ranked opponents this year, we can expect a tight, physical match. Joseph is the slight favorite on paper, but with the season Marinelli has put together as a freshman, don’t be surprised if he announces himself as a title contender with a win here.

At 174 pounds, Iowa will be considerable underdogs with #18 Joey Gunther or Kaleb Young taking on #1 ranked and returning NCAA champion Mark Hall. Hall’s bonus point rate has increased by over 10% since last season according to WrestleStat and he will be looking to pick up bonus here. Whoever Iowa sends out will be looking to battle and slow the match down, but Hall could very likely pick up a major decision here or even a tech fall.

Taking the mat at 184 pounds will be Iowa’s Mitch Bowman vs #1 Bo Nickal. Nickal is the considerable favorite here and bonus points look to be par here for Nickal, who recently majored the #2 Martin of Ohio State. Bowman will have a tall task here, and can hopefully minimize the damage for the Hawkeyes leading into the final two bouts of the dual.

On to 197 pounds, we’ll have #8 Cash Wilcke taking on either #2 Anthony Cassar (fresh off an upset over the #1 ranked wrestler) or Shakur Rasheed. This looks to be a tossup bout considering their common opponents, but after knocking off the #1 ranked wrestler, Wilcke will have his work cut out for him. This is another critical weight that Iowa needs to win to have a shot of winning this dual.

Closing out the dual with the big boys, we’ll have #3 Sam Stoll taking on #6 Nick Nevills for the Nits. Despite both being juniors, the two have never faced off before due to Stoll’s ACL injury problems, and Nevills’ own injury issues as a freshman. Both appear to be healthy and on track to collide for the first time. This is a tossup bout, and a win here for Stoll would solidify a #3 seed at the B1G tournament, so there are big dual implications (this is a must win for the Hawks) as well as post season implications here, as the loser will likely be sent to Snyder’s half of the B1G bracket.

If you’re interested in computer projections, Wrestlestat projects PSU to take down Iowa 30-9.