Hawks Take on Gophers at Home 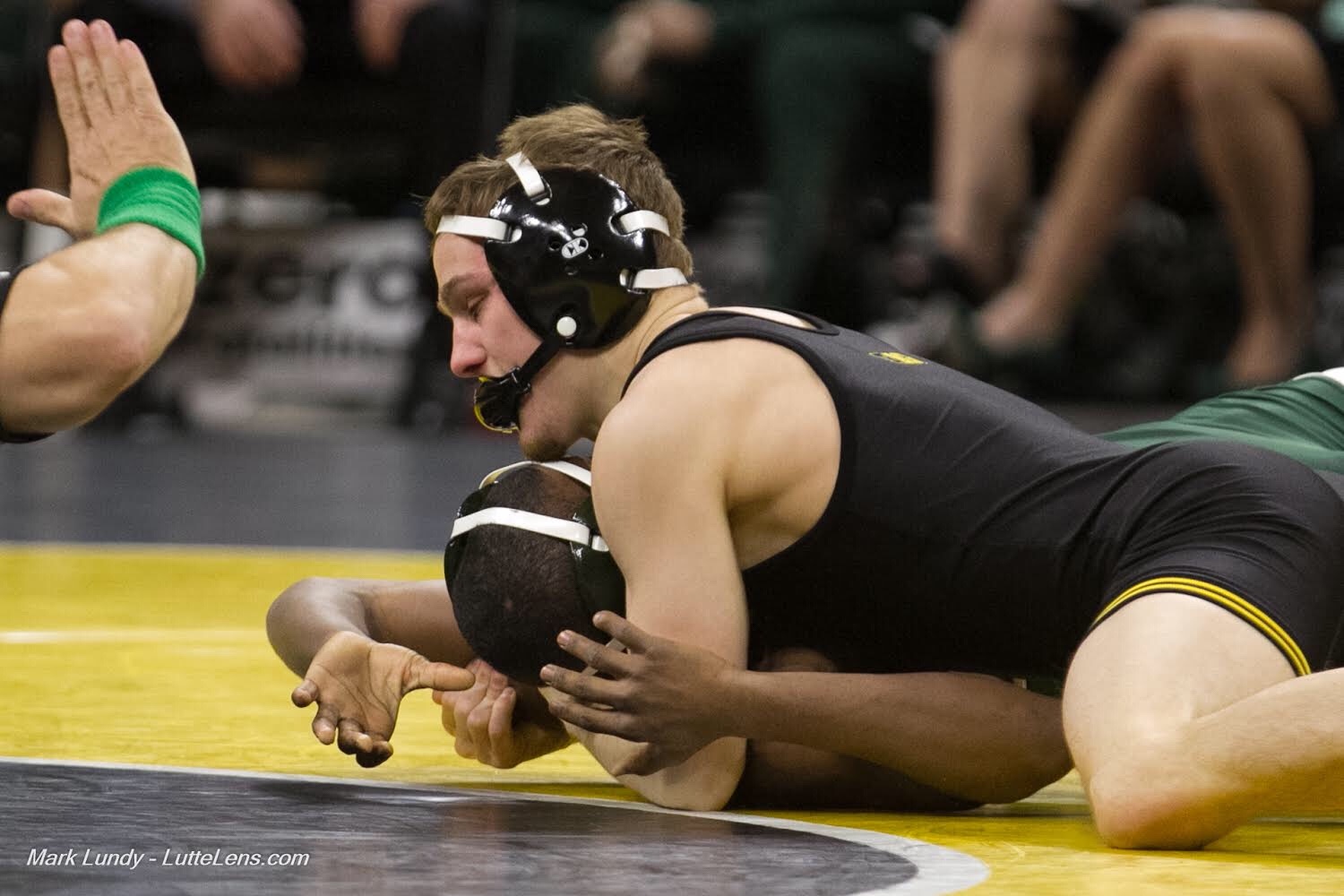 The Hawkeyes look to rebound during their home stretch coming off of a tough 18-16 loss to Michigan this past weekend. They’ll face the #15 ranked Minnesota Gophers, and look to be the considerable favorite on paper. The Hawkeyes lineup features six or seven ranked wrestlers vs the four ranked wrestlers in the Gophers lineup.

Starting off the dual (assuming it starts at 125, but Minnesota is known to draw for starting weight) will be the marquee matchup of the evening with returning NCAA finalist #8 Ethan Lizak facing off against #4 Spencer Lee. The true freshman phenom who recently defeated Nathan Tomasello, and he recently beat Lizak by tech fall during the Ohio State-Minnesota dual. Spencer should be considered the favorite, but Lizak’s top game is dangerous enough to give him a shot in any match. However Spencer is known for his brutal top game as well. Either way this should be a fun match up with a lot of points on the board.

At 133 Paul Glynn will face off with #19 Mitch McKee. Wrestling with a very wide open style, McKee’s matches are always entertaining. His wide open style could have Glynn right in this match. The Junior World silver medalist should be favored here, but he can get sloppy at times as his style can sometimes lead to poor positioning, which will leave Glynn the opportunity to capitalize at home.

At 141 it looks like we’ll have Vince Turk taking on #10 Tommy Thorn. Thorn finished as an All-American a season ago, and has traded some wins with several highly ranked wrestlers this season. Turk is coming off of a gutsy Sudden Victory win against Michigan’s Sal Profaci, but Thorn will be the heavy favorite in this match.

Moving up to 149 ponds #2 Brandon Sorensen will be taking on Steve Bleise of Minnesota, who finished R12 a season ago. Sorensen continues to remain consistent and look for bonus points in matches. A major shouldn’t surprise anybody, but a decision for Sorensen looks to be par here.

Assuming Michael Kemerer is back in the lineup, he’ll take on Jake Short of Minnesota who has he handily defeated in the past. Short has not looked like the best version of himself thus far this season, and this should be a bonus point opportunity for Kemerer here. If Kemerer is not in we may see Glosser back in the lineup at 157 who has proven he can battle top guys tough.

At 165 pounds we have the second biggest match of the dual with #7 Alex Marinelli taking on #9 Nick Wanzek. With his undefeated record, Marinelli will have yet another tough test in Wanzek who has had some nice victories over highly ranked opponents this season and recently gave Illinois’s Isaiah Martinez a fairly tough match. Marinelli is a slight favorite on paper, but this should be a very close match.

Moving on to 174 pounds we’ll have either Kaleb Young or #18 Joey Gunther going up against Chris Pfarr. This is a toss up bout on paper, with Pfarr having wrestled some highly ranked opponents tough but never grabbing that marquee victory to get him ranked, and Gunther/Young both being in the same fringe ballpark at this point. The Gophers will need this one if they want a chance of staying in the dual.

On to 184 we’ll have another battle of unranked wrestlers with Mitch Bowman taking on Dylan Anderson. Though Bowman isn’t ranked I’d label him the slight favorite based on his performances so far this season, even some good performances in defeat. Another match Minnesota is definitely circling, but Bowman should be favored on his home mat.

At 197 we’ll have #8 Cash Wilcke look to rebound from his three match losing streak against Brandon Krone. Wilcke is the favorite in this match, but sometimes can play it a little close to the vest. However, he should still pick up the decisive victory here.

To finish the dual off we’ll have #3 Sam Stoll taking on Rylee Streifel. Stoll is the heavy favorite here, no pun intended, and bonus points should be expected as Stoll takes on his home states college on his home mat.

If you are in to computer projections, WrestleStat projects Iowa to beat Minnesota 27-6.

One thought on “Hawks Take on Gophers at Home”