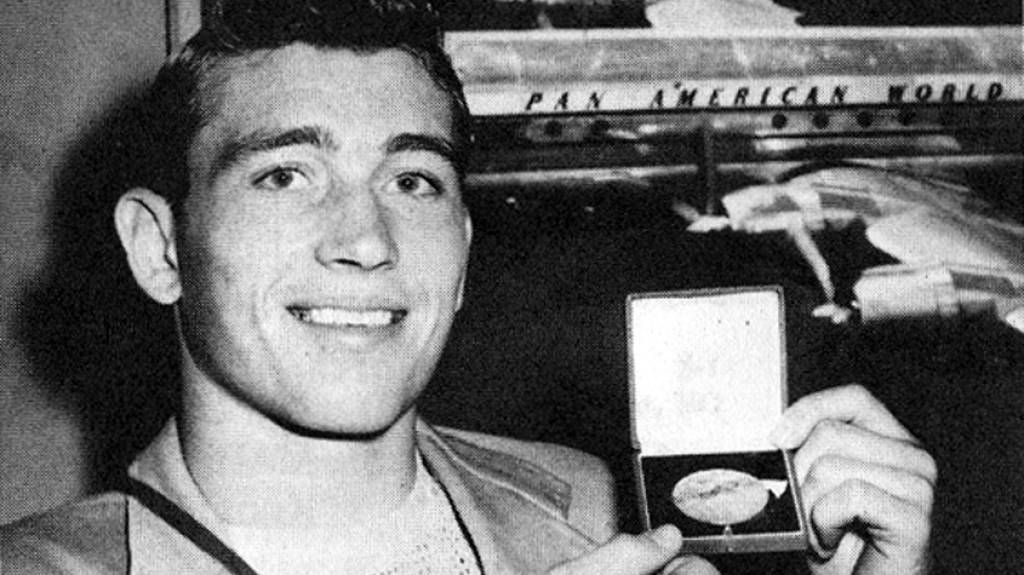 “Bill Smith’s our only Olympic gold medalist, ever, in the history of UNI, and he gave his gold medal back to us, to the wrestling program, to be displayed in the West Gym,” Schwab said. “Which is a pretty incredible thing.

“To me that’s pretty incredible that there’s one Olympic gold medal…and we’re going to have it in the West Gym, where he wanted it.”

The medal will officially be given to UNI during the Iowa State dual, next Saturday night at the West Gym.

Bill Smith won the 160.5 pound weight class in 1952, in Helsinki, Finland, in addition to wrestling for UNI. He wrestled for the Panthers in the late 1940’s, and was an NCAA  national champion in 1949 and 1950. He went 52-0-1 as a collegiate wrestler and helped the Iowa State Teachers College win the national championship in 1950 at their home arena, the West Gym.

“He still loves wrestling. A small town Iowa boy, that won a couple of national titles here, went to the Olympics in Helsinki, and won a [Olympic] title.”

The Panthers will be in action this coming Saturday against Oklahoma State. The Cowboys are coming off a dominating 31-3 win against Iowa State on Sunday. UNI comes in after dropping a 22-16 match against South Dakota State.

You can find Monday’s press conference below.