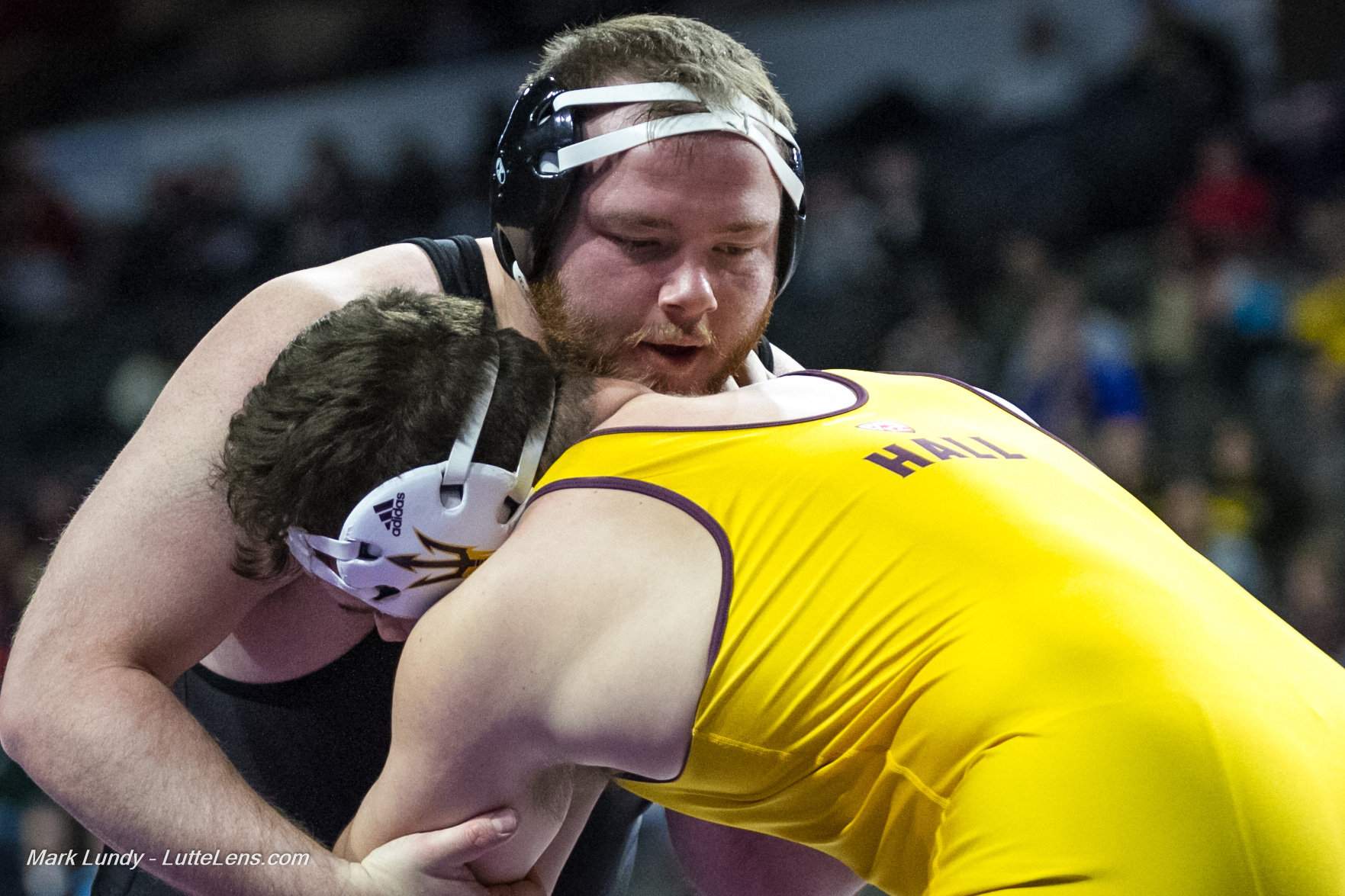 The Hawkeyes will have another premier dual matchup for the third straight week in a row. Coming off a good win over Oklahoma State followed by a tough loss to Ohio State. The Michigan Wolverines will come into town with a lineup comprised of eight ranked wrestlers, six of them in the top ten. On paper this dual looks like a tossup with Iowa favored in five matches in rankings, and Michigan favored in four with one weight with both unranked wrestlers.

Starting off we have two true freshman in #4 Spencer Lee and #16 Drew Mattin. Mattin has some impressive wins this season against returning NCAA finalist Ethan Lizak and All-American Sean Russell. However Spencer has a list of more impressive wins including Nate Tomasello, Sean Russel, and Nick Piccinnini. Everything that we’ve seen from the two wrestlers would indicate bonus points for Spencer Lee.

At 133 pounds we’ll see Paul Glynn, who seems to have solidified his position at this weight going forward for Iowa. He’ll be taking on #4 Stevan Micic for the Wolverines who looks to be the clear favorite on paper. Glynn avoided giving up bonus points to #2 Pletcher this past weekend, but Micic tends to wrestle a faster pace. Either way, a regular decision shouldn’t surprise here.

Moving up we’ll have either Carter Happel or Vince Turk taking on Sal Profaci. With a battle of all unranked wrestlers this will be a key tossup match that will be valuable in determining the winner. I’m not sure who we’ll be seeing take the mat for Iowa, but with Happel getting the most recent shot, and a competition for the weight still underway, its fair to say we might see Turk take the mat.

On to 149 pounds, #2 Brandon Sorensen looks to be the heavy favorite over Malik Amine, brother to the 174 pounder in Michigan’s lineup. Sorensen has been one of the most consistent wrestlers in the Hawkeye lineup since he first started as a redshirt freshman. Sorensen has the ability to rack up some bonus points here, especially with a dual at Carver.

#2 ranked Michael Kemerer will lead the Hawkeyes at 157 pounds against #7 ranked Alec Pantaleo of Michigan. Pantaleo has had his ups and downs this season, winning the CKLV and pushing Nolf to the brink, but also some weird losses. Kemerer has been rock solid and looks to be to the favorite on paper. Another solid decision win seems to be par here for Kemerer.

Starting off the second half of the dual at 165 pounds will be a big matchup. #7 Alex Marinelli will round out Iowa’s trio of undefeated middleweights from 149-165 against #10 Logan Massa, who is the returning third place All-American at 165. Massa has taken three losses this season, and Marinelli has looked great so far. Despite Marinelli being favored in ranking, this match is a tossup and will be critical to winning the dual for either team, much like 141.

Moving to 174 pounds we’ll have either Kaleb Young or Joey Gunther, going up against returning fourth place All-American and #6 ranked Myles Amine. Amine is the heavy favorite in this match, but with Gunther’s history and what Young showed against Bo Jordan this past weekend, the Hawks have a good chance to keep this a regular decision match.

At 184 pounds the mini-storyline remains whether we’ll see Pat Downey take the mat or not, but until we hear anything it looks like Mitch Bowman will continue to be the guy. Bowman will face #5 Dominic Abounader from the Wolverines. Bowman has been coming on as of late, and wrestling well, often having the edge on all of his opponents late in the second and third periods regardless of match score. A Carver upset wouldn’t be a shocker here, but I think a regular decision by Abounader is par here.

The 197-pound matchup will feature an intriguing blood round rematch from the 2017 NCAA’s. #5 Cash Wilcke vs #15 Kevin Beazley, with Beazley winning the R12 match last year 8-7. Wilcke looks to have made some big strides since last season and currently holds the higher ranking. It will be interesting to see if Wilcke reverses the result, but it will likely be a close match either way.

Rounding out the dual we have a battle of #2 vs #3 at Heavyweight, potentially with the dual on the line. #3 Sam Stoll will take on #2 Adam Coon of Michigan. Though Stoll did not take the mat against Kyle Snyder this past weekend, it’s possible he was resting for this huge matchup against Coon on his home mat in Carver. Both are Greco specialist wrestlers, having faced many times on the Junior Freestyle and Greco circuit. Coon holds the advantage on paper, but Stoll has all of the tools to win this match.

If you are interested in computer projections, WrestleStat has projected Michigan to beat Iowa 23-10.

All rankings are courtesy of TheOpenMat College Individual and Team Dual rankings.