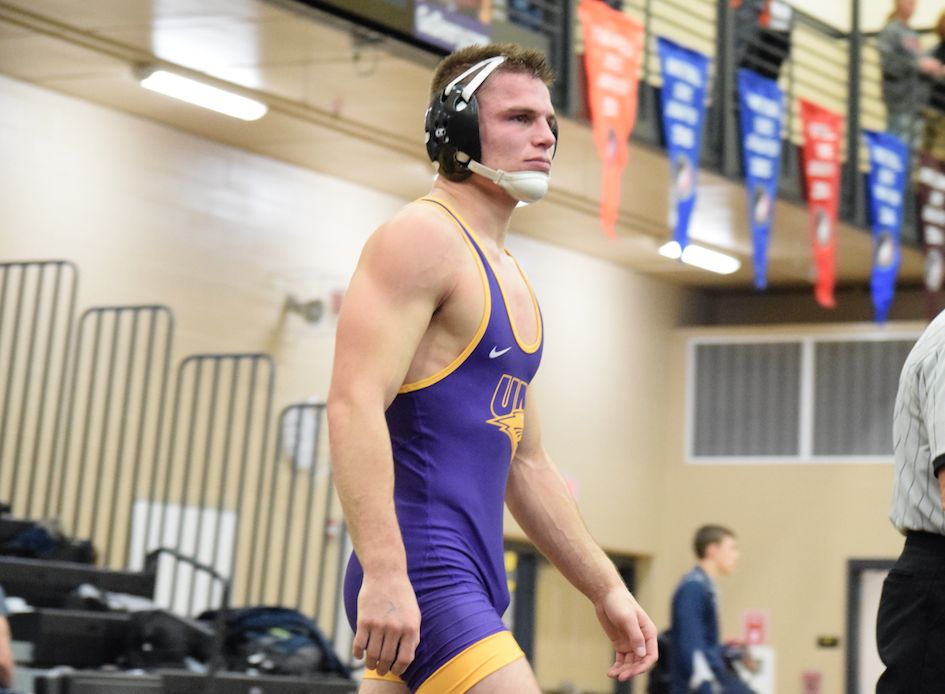 The Panther Train will wrestle for third place tonight after falling to #10 Arizona State 24-16. UNI trailed 18-16 going into the final match, but they weren’t able to score any wins where they weren’t favored and only won two matches with bonus points. The Panthers will face Oklahoma in the third place dual tonight at 7:30 CST.

Arizona State got off to a good start with two straight wins. Jay Schwarm was not able to replicate his big comeback against Ryan Millhof like he did at the Cliff Keen Las Vegas Invitational, where he was down 6-0 in the third period and came back to win the match. Schwarm fell 6-0 to Millhof. #19 Ali Naser took down Jack Wagner, 10-5, before the Panthers got back on track and won a pair of matches.

Josh Alber took down Cory Crooks, 7-2, while Max Thomsen defeated former NCAA Champion Jason Tsirtis 3-1. It was Thomsen’s first win over Tsirtis in his career. The next three matches would get away from UNI, as Logan Ryan, Dan Kelly, and Taylor Lujan all fell, the later two giving up bonus point wins.

Drew Foster and Jacob Holschlag each put up big bonus points to keep the upset hopes alive. Foster won by major decision over Kordell Norfleet 9-1 and Holschlag won by fall in 4:54 over Cade Belshay, pulling UNI to within two and leaving the door open for Carter Isley to score the dual upset.

Isley couldn’t pull it off though. Against the #4 ranked Tanner Hall Isley gave up a pinfall and UNI dropped the dual.

Arizona State will move forward to the championship of the Virginia Duals, taking on #9 Virginia Tech tonight. Northern Iowa will also wrestle tonight, but they’ll get the Sooners from Oklahoma. Virginia Tech defeated Oklahoma in the other semifinal earlier today.