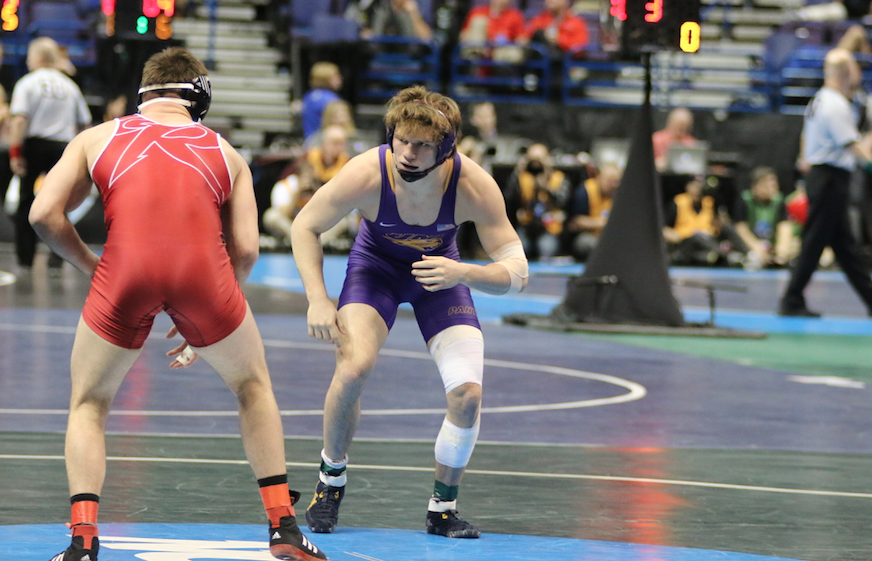 Link to brackets and schedule

After a little bit of a break the Panther Train will be going east to the Virginia duals for the first time since 2000. Over the course of the weekend UNI will wrestle more duals (4) than they have the entire season up to this point (3).

The format of the tournament is a little different than the NWCA National Duals or other dual tournaments have been. There are 13 teams divided into four pools where each team will face the others in their pool. The teams with the best record against their fellow pool members will advance to the championship finals bracket, the second place team in each pool will go to the silver bracket, and the third place teams will go to the bronze bracket.

The way that the pool schedule shakes out with UNI is fairly straightforward. The Panthers will take on Kent State at 10AM (CST) on Friday followed by Chattanooga at noon. UNI will be favored to take both those duals and move on to the championship bracket, with the first dual of that bracket taking place on Saturday at 1PM.

The dual against former MAC opponent Kent State should be a good warm-up match for UNI. Whomever Schwab sends out at 133 pounds should get a solid test in Anthony Tutolo. Tutolo has been in and out of the rankings this season. A win here either by Rudy Yates or Jack Wagner could signal that one of them is ready to grab a hold of the varsity spot for the remainder of the season.

Other than that the thing to look for in this match would be at 157 and 165. Those two weights, along with with 133, are the most up in the air still, as Schwab talked about at his press conference on Monday. Neither Paden Moore (157) or Isaiah Patton (165) have gotten significant wins this season and while there might have been some chatter about Bryce Steiert coming back to the lineup after his second place performance at the Southern Scuffle, Schwab put the clamp down on that at his presser.

UNI’s second dual of the day comes against Chattanooga and there are a couple of top 20 match ups scheduled in the upper weights. At 184 pounds the returning All-American Drew Foster will draw #15 Bryce Carr. Foster had a great showing at the Southern Scuffle, which included a 2-0 win over Carr in the semifinals in addition to two tech falls and a pin on route to a second place finish.

#19 Jacob Holschlag will also get a #15-ranked wrestler in Scottie Boykin. These two have not met this season so this will be a good chance for Holschlag to shrink the number beside his name. Holschlag had a great showing at the Scuffle as well, advancing to the finals with a 6-4 win in sudden victory over Penn State’s Anthony Cassar. I’m a little surprised at how low Holschlag is ranked after his tournament but he’s not flying under the radar anymore.

If UNI gets out of their pool unscathed they will find themselves in the championship bracket, where they will probably see Arizona State Virginia Tech, or Lock Haven, the other three favorites in their respective pools. We’ll have more details on that potential match after the bracket is final on Friday afternoon.

Rankings throughout are from Intermat