Battle of Waterloo Friday Predictions and Matches to Watch 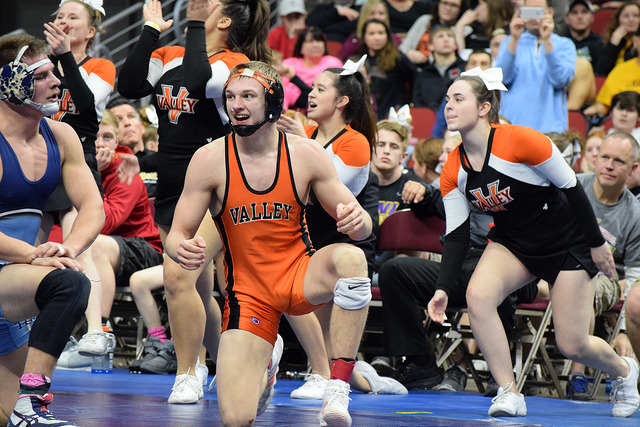 New Hampton should cruise over Columbus Catholic and I look for Cedar Rapids Prairie to beat Charles City. New Hampton should move past Prairie without a ton of trouble as well. Don Bosco and Waverly Shell-Rock should move past round 1 and set up a really great dual between the two traditional powers. I really feel like this dual could go either way and both have really solid lineups from top to bottom. In the end I think that Waverly will come out on top of this dual to set up another great dual between the top teams in the Northeast Iowa Conference. This dual is never short of excitement and don’t sleep on this young Waverly squad but I do think that New Hampton’s depth will come out on top.

Lisbon should have little trouble dispatching Waterloo West in the opening round. I think that the Cedar Falls vs Iowa City West dual should be a fun one but I do look for West to hold on and advance. While Iowa City West has some studs in the lineup I don’t know if they have the overall depth to beat Lisbon and I think that the 1A Lions will move on. Crestwood and West Delaware should both move past round 1 and meet up in the bracket semifinals. These are 2 really solid lineups and will be a good preview of what could happen in 2A district 5. Again, I could see this dual going either way and it should come down to the wire but I think the young West Delaware team will step up and win this dual. Again, I think that West Delaware will give Lisbon fits and an upset wouldn’t shock me but I will stick with Lisbon to move on from this bracket.

Alburnett has a couple studs but not enough to hang with Denver in round 1. I look for Epworth, Western Dubuque to cruise past Clear Lake as well. Western Dubuque could also give Denver some fits too and they are sneaky good. However, Denver is one of the favorites to win class 1A for a reason and I think they will end up moving on. Osage has some really good young wrestlers to keep an eye on and will challenge City High for sure but maybe just aren’t quite ready to win this one. WDM Valley should have little trouble taking care of Pleasant Valley. While City High is much improved over the last few years they aren’t quite on the level of Valley quite yet. The Denver and Valley dual might be one of the more interesting duals on Friday and I think that Denver is definitely capable of winning this dual. However, I’m going to pick the mild upset (based on seeds) and pick the tigers to win the bracket.

ADM brings in a pretty solid team but I don’t think that they can compete through an entire dual with Clarion-Goldfield-Dows. Assumption has been short handed much of the year with that in mind things could get really interesting against Linn-Mar. I’ll still go with Assumption here but wouldn’t be surprised to see it go the other way either. I do think that Clarion is a better team from top to bottom right now and will look to knock off Assumption and advance to the bracket finals. Indianola was decimated in the offseason with transfers and it will be an interesting dual with Lake Mills. Regardless of who wins here I don’t believe that either can hang with North Scott who should cruise to the bracket finals. Clarion and North Scott will bring some fire power into a close dual but I think that North Scott is a little under appreciated and will knock off Clarion to advance out of the bracket.