IWWR: Why Women’s College Wrestling Will Be Great This Year 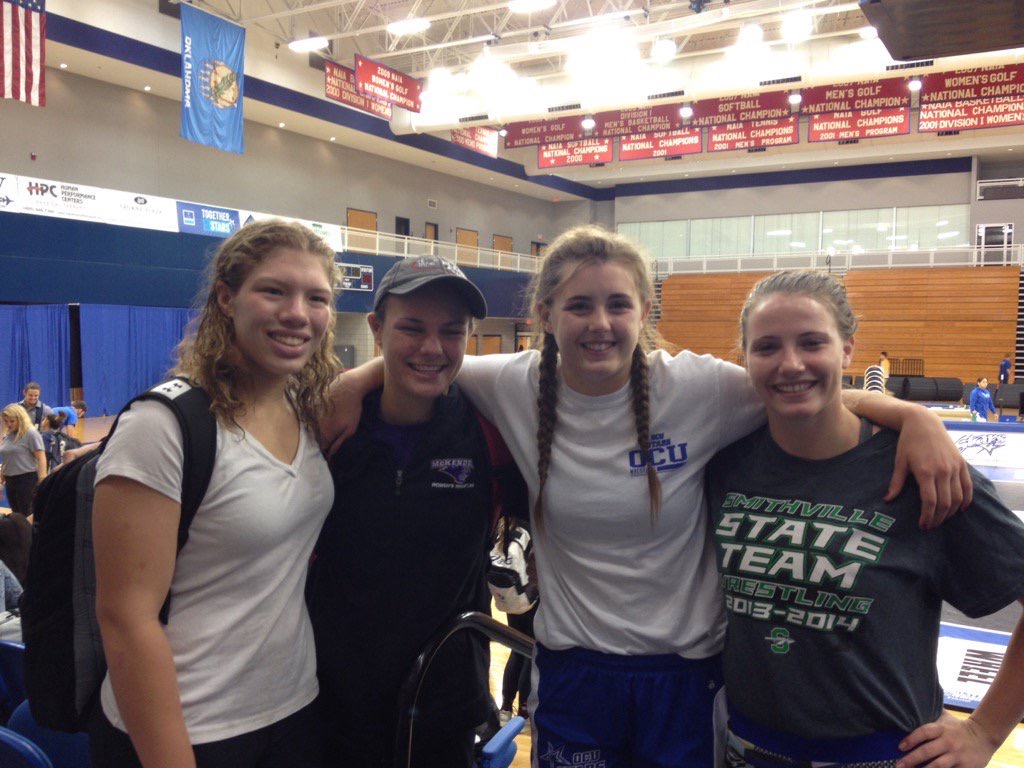 As we see growth in women’s wrestling across the nation, it is no surprise that the state of Iowa continues to produce top-level athletes at the collegiate level. Add to that some much appreciated support from many of wrestling’s most respected figures and it is an exciting time to be involved.

There is plenty to be excited about, too when it comes to the college season that is already upon us.

Here are three big reasons to be a fan of the female wrestlers coming out of the state of Iowa:

1.) Three of the four WCWA All-Americans from last year are returning stronger and healthier than ever.

Anna Poyner, of New Hartford, returns to the 136 pound weight class for Missouri Valley College after last year’s WCWA 6th place, All-American finish. Poyner is off to a great start to the season ranked #8 in the nation and posting a 9-1 collegiate record in the first month of competition. Poyner went 2-1 in the Patriot Duals, took 1st place with 2 falls and 2 decisions at the McMurray Open, and secured another 1st place finish at last weekend’s Waldorf Open where she went 3-0 picking up a fall, tech fall and a decision. Poyner will look to build upon last year’s finish as she wrestles through her final season.

Megan Black, of Batavia has not competed at the collegiate level yet this season, but has been making plenty of noise on the National wrestling scene. Black, who wrestles for McKendree University finished her junior season as the runner-up National Champion for the second time in her college career. She will move into her final season ranked #1 at 130 pounds. Black is a three time All-American and recently secured her spot on the U23 World Team by winning the 58 kg World Team Trials. She will join fellow Iowan, Rachel Watters as they represent Team USA November 23-24 in Bydgoszcz, Poland. Black was also featured last weekend in the NWCA All-Star Classic where she won a 6-0 decision over Shelby Hall of Campbellsville University.

Rachel Watters, of Ankeny is starting her sophomore year at Oklahoma City University in the 170 pound weight class following her freshman season 7th place, All-American finish at the same weight. Watters, who is ranked #5 in the WCWA rankings, is 6-0 for the college season taking 1st place at the OCU Blue Chip Open. Watters recently went 2-2 taking 4th place at the senior-level, Dave Schultz Memorial International tournament in Colorado Springs. Watters, a three time Junior World Team Member, also secured her place on the U23 World Team by winning the 75 kg World Team Trials. She will join fellow Iowan, Megan Black as they represent Team USA November 23-24 in Bydgoszcz, Poland.

Jasmine Bailey, of Iowa City will be taking a red-shirt year and is the only All-American from last season who will not be on the roster in 2017. Bailey, who wrestled to a 5th place, All-American finish (her second WCWA All-American) at 143 pounds last year will still be competing in many of the senior-level and open events throughout the year.

2.) The long-awaited return of Cassy Herkelman

Cassy Herkelman, of Cedar Falls will be wrestling for McKendree University at 143 pounds this season. In 2016, Herkelman dropped out of the last-chance qualifier for the Olympic Team Trials while wrestling with a torn ACL. She took last year as a medical redshirt, underwent surgery and rehabilitation, and is back on the mats as motivated as ever. Herkelman is off to a 10-0 record for the season with a 1st place finish at the Lady Warrior Open and a 1st place finish at the OCU Blue Chip Open where she defeated 2015 Cadet World Bronze Medalist, Kayla Marano in an 8-5 decision. Herkelman will try to add to her two WCWA All-American performances this season.

3.) The addition of Judo-star, Kendra Kehrli to the Ottawa University line up

Kendra Kehrli is an Iowa State University graduate and member of the United States World University Judo Team. Kehrli competed this August at 78 kg in the World University Games in Taipei City, Taiwan. Kehrli has joined the Ottawa University wrestling program as a graduate student and is making the most of her one year of eligibility. She has amassed a 12-4 college record and has already picked up a 1st place finish at the Waldorf Open last weekend.

In other news, Hawkeye Wrestling Club member Lauren Louive took 1st place in the 59 kg division of the Dave Schultz Memorial International tournament in Colorado Springs, CO on November 1st. Louive was a four-time WCWA All-American for the University of the Cumberlands and is a past Senior PanAm Silver medalist.

Will Iowa break 100 female wrestlers in high school this year?? Watch for our High School preview in the next few weeks!!