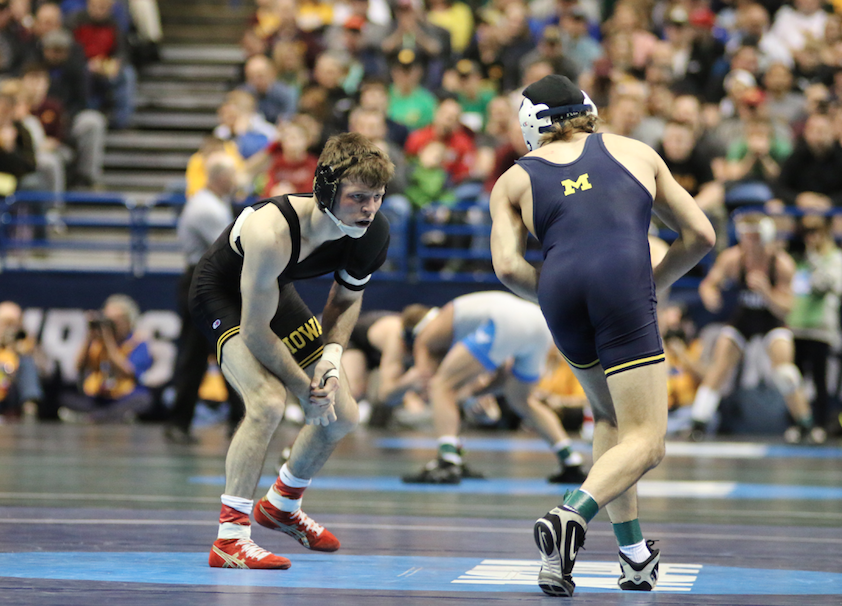 NCAA champion Cory Clark will make his Senior level International debut this weekend in British Columbia, Canada competing at Simon Frasier University’s SFU Open. The tournament, which also goes by the name the Clansman International (the Clansman is the mascot of SFU), will make the first official competition for the Clark since he came away with a NCAA title last March in St Louis.

After wrapping up his career as a four-time All-American for the University of Iowa Clark took some time off from the mat to recover from a pair of injuries that limited him as a senior. Now back on the mat, Clark will look to enter the ranks of 61 kg, which is a pound and a half heavier than his competition weight at Iowa.

During Clark’s absence from the mat his fellow 2017 graduates have certainly began to make a name for themselves. Most notably was Thomas Gilman’s silver medal performance at the 2017 Senior World Championships. Also making a World Team was Sammy Brooks, who will compete later this month at the U23 World Championships at 86 kg after he won the trials in Rochester, Minnesota last month. Finally, Alex Meyer opened some eyes at the U23 Trials when he took Junior World Champion Kamal Bey to the wire in his semifinals match.

Two HWC wrestlers actually brought home medals from this same tournament a year ago. Bobby Telford out scored his competition 30-1 on the way to a title at 125 kg, and Nick Dardanes brought home silver at 65 kg.

2016 HWC medalists at the SFU Open