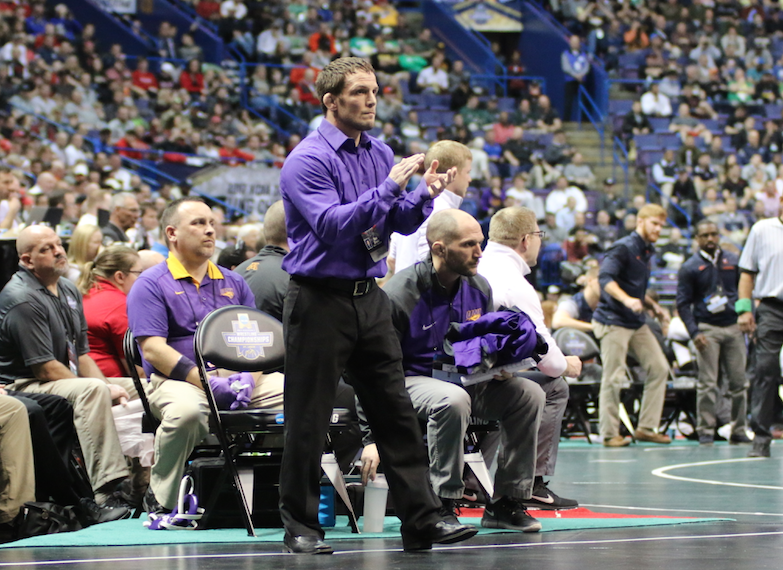 As far as the non-conference goes, Head Coach Doug Schwab and his squad will travel back to Las Vegas for the Cliff Keen Invitational after taking last year off. The Panthers will see at least five other Big 12 schools in Nevada (Fresno St, Iowa State, Northern Colorado, Oklahoma, and Utah Valley), four of which they will not wrestle in a dual. That extra exposure will definitely help them come March in Tulsa for the Big 12 Championships. UNI will travel to Ithaca, NY to take on Cornell on November 17th before a quick turnaround has them back in Cedar Falls taking on the North Dakota State Bison on the 19th.

UNI will also head back to the Southern Scuffle for the second year in a row. Last year the Panthers took home five medals from Chattanooga and all five medalists come back this season in Josh Alber, Max Thomsen, Bryce Steiert, Drew Foster, and Taylor Lujan. Thomsen and Foster were both All-Americans last season.

The Panthers will head back to the Harold Nicholas (Cyclone) Open again this season, as well as taking another trip out east to the Virginia Duals. This will be the first time since 2000 that UNI has gone to that competition, and it is the first time under Schwab.

UNI will close out the season at home, taking on first Iowa State on February 10th, then closing it with Missouri, the Panther’s newly-made rival from the MAC conference.

Overall, a little light on the schedule, especially the home schedule, and the biggest names (Oklahoma, Cornell) away from home. Still with a couple pretty big squads coming to the West Gym this season.

The complete schedule can be found below.