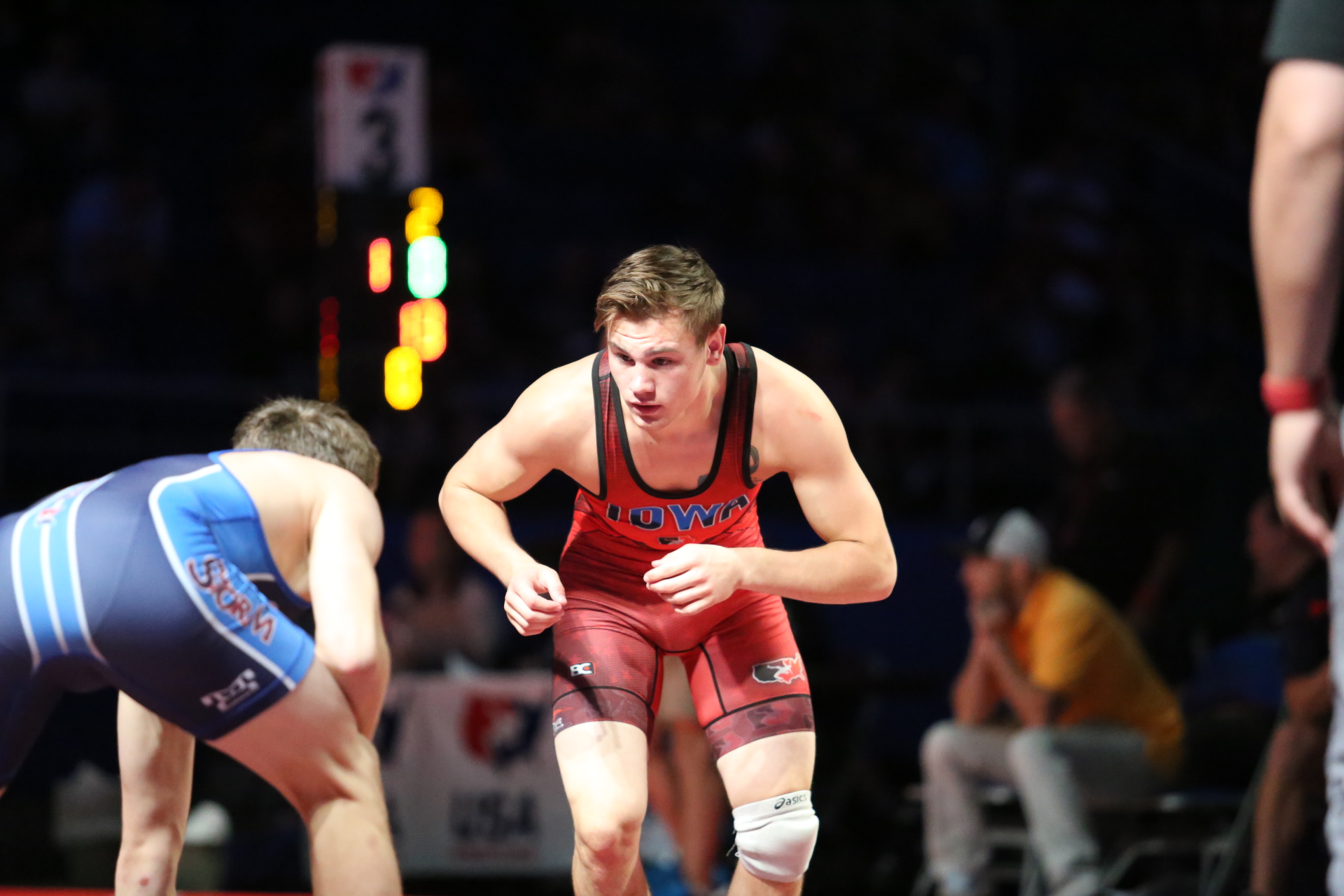 IAwrestle has learned that three-time Iowa state champion, Brock Rathbun will be transferring to Division III program, Wartburg. Rathbun finished the 2016-17 season with a record of 11-7 competing at 133 and 141 pounds for the University of Iowa picking up second place finishes at the Grand View and Missouri College Opens.

“I picked Wartburg because of coach Keller and the way he interacts with me and the people on the team. I feel very comfortable around him and all the coaches on staff,” Rathbun told IAwrestle.

Rathbun will be joining a Wartburg team that is coming off a team title in 2017 getting All-Americans at nine of the ten weight-classes. The only weight the Knights did not get an All-American at, 133 pounds, is where Rathbun projects to wrestle, though he could end up at 141.

The Center Point wrestler was part of of a stellar 2016 recruiting class for the Hawkeyes landing Alex Marinelli, Kaleb Young, Carter Happel and Jack Wagner. When he committed in October of 2015 he chose Iowa over Grand Canyon and Northern Iowa.

One thought on “Brock Rathbun Transferring to Wartburg”