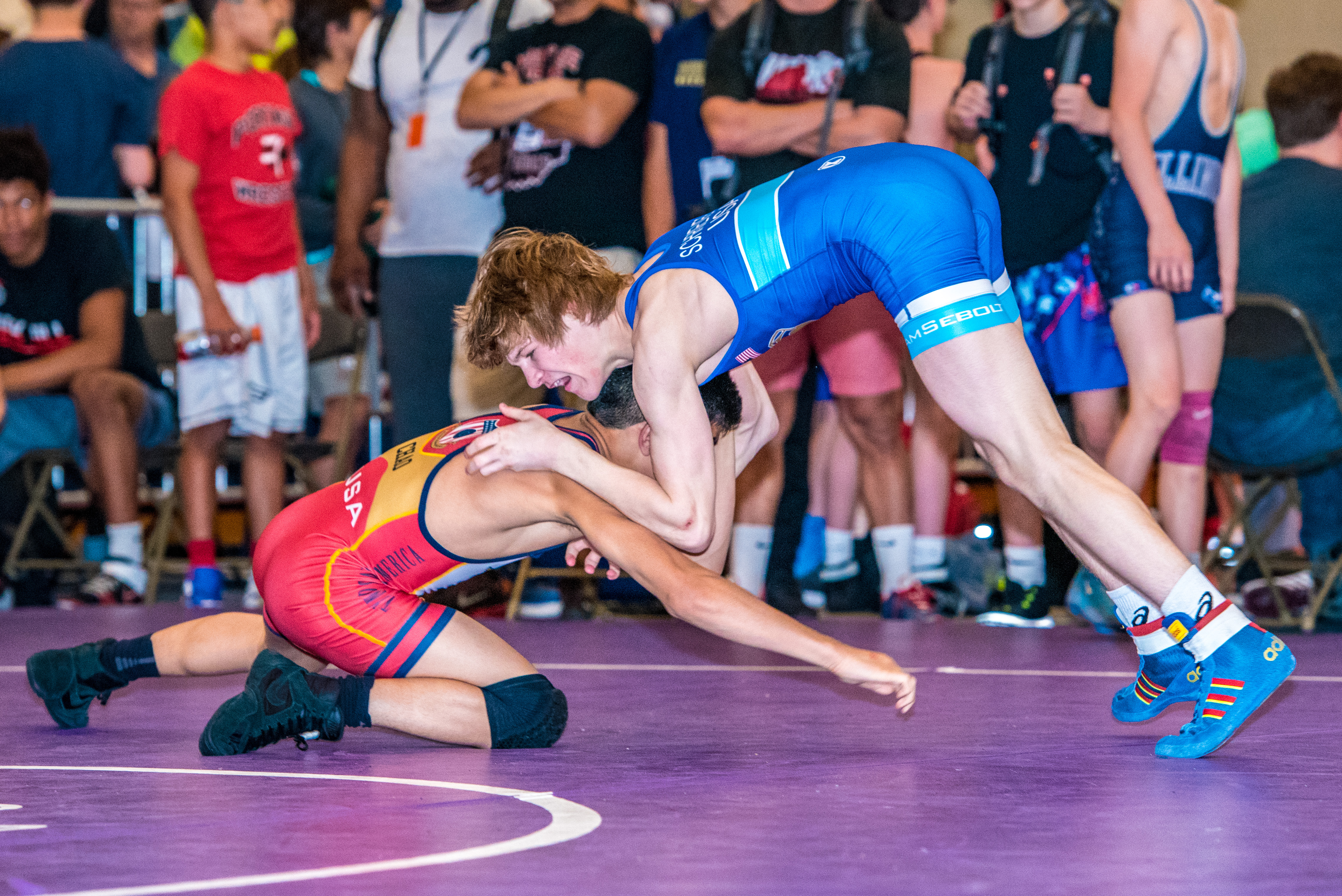 We are officially within one week from the start of Fargo and similar to last year Team Iowa will be looking for new stars to emerge in the Cadet division after graduating eight of the nine All-Americans to the Junior Division. The lone returning Cadet All-American is the biggest one, 88-pound national champion Cullan Schriever will look to go back-to-back at the Cadet tournament.

Off all the Cadet weight-classes, 106 stands out as the deepest, with Iowa having the potential to get multiple All-Americans. The obvious name is the aforementioned Schriever, who has looked very good this summer going 8-0 at Cadet National Duals (competing at 100 pounds) and by winning the Northern Plains Regional tournament in Rochester, Minnesota. Schriever is one of the top wrestlers in the country and should contend for the top spot.

Also of note to watch at 106 will be Caleb Rathjen, who also went undefeated at National Duals and took fourth out at Northern Plains. Rathjen is considered to be one of (if not the) best incoming freshmen in the state of Iowa. Beau Klingensmith will be the other name of note at 106, taking second at Northern Plains while wrestling up at 113 pounds.

It will be hard to replicate the success Iowa had a year ago at the lightest weight-class, but a pair of Iowa standouts at 88 pounds will look to do so. Drake Ayala brought home the state title over Brandon O’Brien in May and has since gone on to win the Northern Plains Regional’s (up at 94 pounds) and was also undefeated at National Duals. O’Brien was fourth at Northern Plains and was 7-1 for the other Team Iowa at National Duals.

Lisbon prep Cael Happel will enter Fargo one of the top wrestlers to watch at 120 pounds. After having one of the more impressive freshman seasons during folkstyle competition, Happel is another All-American contender who has his goals set on adding another freestyle national title to the family name. Going undefeated at National Duals and taking runner-up at the Northern Plains Regional, he”s looked sharp thus far.

After dominating all three styles in the Schoolboy division it was a little surprising to see Cade DeVos come up short last summer and miss the podium after a dominating performance at the 2016 National Duals. If anything that shortfall appears to have motivated DeVos as he tore through the Northern Plains tournament on the way to a title and was once again undefeated at National Duals for Team Iowa. His summer performance hasn’t gone without note, as InterMat recently put the Southeast Polk prep in their top 50 for the class of 2019.

This is Iowa’s other potentially deep weight, Lance Runyon with winning a Northern Plains title and went 6-2 at National Duals all while competing at 145 pounds. Runyon has always appeared to be a wrestler on the verge of making the podium, but over the last six months has looked even better than usual. If he continues at his current pace, 2017 could really be his break through season, especially down at 138 pounds.

After going 7-1 at National Duals it will be interesting to see what Skyler Noftsger is able to do against a national field in a tournament setting. During the regular season, Noftsger brought home runner-up honors at 138 pounds and has since jumped up to 152 pounds where he was the state’s freestyle champion.

Like Runyon, Julien Broderson is in the midst of a breakout year starting with his top finish in February at the state tournament. Broderson proved he wasn’t a one trick pony, going on to finish off the Iowa triple crown winning freestyle and Greco state titles in May. Although he was the top option for the National Duals team, Broderson opted to compete in Folkstyle and headed to Florida for the AAU National Duals where he put in yet another solid performance.

Rounding out the upperweights are Gabe Christenson and Cody Fisher, who are having strong freshman seasons with both making IAwrestle’s All-Freshman team based off their Folkstyle finishes in February. Christenson, who will be competing at 182, was 7-1 at the National Duals, and took home third place at the Northern Plains Regional. Fisher was the state champion at 195 pounds in freestyle and also went 7-1 at National Duals.

One thought on “2017 Cadet Freestyle Preview”