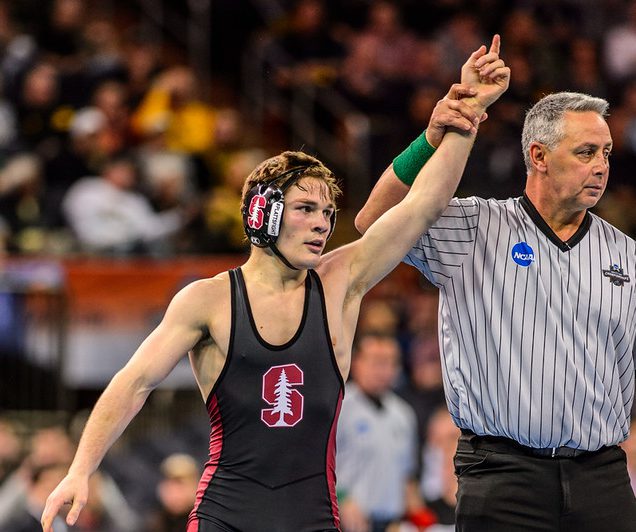 The University of Iowa has added two transfers this offseason and it appears that the other potential transfer possibility, Joey McKenna, is no longer on the table.

In late May, Flowrestling reported that the Stanford All-American was considering transferring out of his current school and that he was considering Penn State, Ohio State, Lehigh, and Iowa in addition to staying at Stanford. After a little over a month of weighing his options McKenna informed TrackWrestling’s Andy Hamilton that his transfer choices have been narrowed to no longer include Iowa.

Stanford All-American Joey McKenna said his list of possible transfer choices is down to Lehigh, Ohio State and Penn State.

So far this offseason Iowa has landed transfers from the state of Pennsylvania, Pat Duggan from Lock Haven and Pat Lugo from Edinboro.