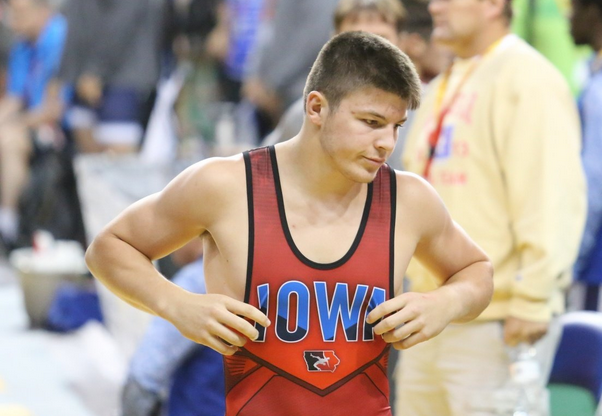 By Richard Immel | USA Wrestling
The U.S. will send a talented group of men and women athletes to compete at the 2017 Cadet Pan American Championships in Buenos Aires, Argentina, July 7-9.

The 10 U.S. men making the journey to Argentina will compete in both freestyle and Greco-Roman disciplines. All 10 athletes finished in the top six of their respective weight class at the UWW Cadet Greco-Roman Nationals in Akron, Ohio. Eight of the 10 men earned All-American finishes in both Greco-Roman and freestyle in Akron.

Making the UWW Cadet Nationals finals in freestyle were Carson Manville (Shakopee, Minn.) at 58 kg/127 lbs., Peyton Robb (Medford, Minn.) at 69 kg/152 lbs. and Jace Punke (Eureka, Ill.) at 100 kg/220 lbs. All three men also finished in third place on the Greco-Roman side in Akron. Both Robb and Punke have earned multiple All-American finishes and appeared in the Cadet Nationals finals in Fargo, N.D.

A double All-American in Akron, Tommy Curran (Warrenville, Ill.) will man the 42 kg/92 lbs. weight class for the U.S.

Leading the U.S. women into action is 2016 Cadet World bronze medalist Macey Kilty (Stratford, Wis.) at 60 kg/132 lbs. Kilty was a gold medalist at the Klippan Lady Open held in Klippan, Sweden, and a double champion at the USAW Cadet and Junior Girls Folkstyle Nationals this year.

Past Cadet Freestyle Nationals All-Americans Angel Rios (Arvada, Colo.) at 46 kg/101 lbs. and Tilynne Vasquez (Kalispell, Mont.) at 49 kg/108 lbs., and Kristal Betanzo, Hillsborough, Calif. at 40 kg/88 lbs., round out the list of U.S. women to compete in Argentina.

The Cadet Pan American Championships will be broadcast live to U.S. residents through Trackwrestling.com. Complete brackets from the event can also be found on Trackwrestling.