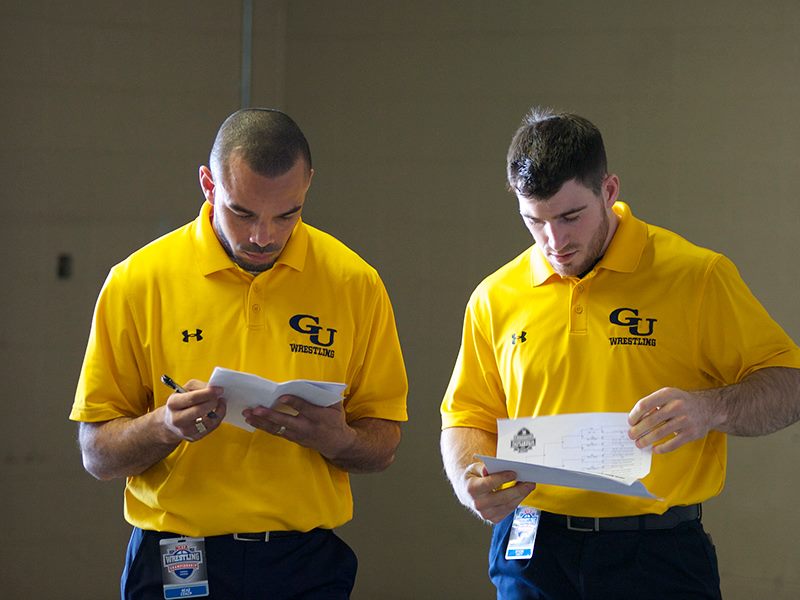 The duo, both from Wichita, KS, transfer to the Yellowjacket family after successful Junior College careers at Northeastern Oklahoma A&M College.

Dylan is a Kansas State Champion and State Placer. He earned numerous college placings, while being a member of the NEO National Champion team in 2016. He projects to wrestle at 165lbs, while majoring in Health and Movement Science.

“We are very excited to have Dylan join our wrestling family,” said Mullins. “He comes from a junior college program with a rich tradition, so we look forward to having him bring some of that experience with him. He’s a self-motivated guy that wants to succeed which I believe will help him reach his goals in the Graceland Gold and Blue.”

Saul is a three-time Kansas State Runner-Up, earning 140+ wins during his prep career. While at NEO, he became a two-time NJCAA National Qualifier, a 2017 All-American and helped NEO win a team National Championship in 2016. He projects to wrestle at 174lbs and major in History with a minor in Criminal Justice.

Mullins stated, “We are looking forward to Saul joining our wrestling family this fall! He has shown throughout his high school and junior college career that he is capable of competing with the best and we look forward to seeing him continue to do so here at GU. He helps solidify a recruiting class, that fits well within our culture and provides us with a strong future.”

The Graceland University Athletic Department and the wrestling program are excited to have Dylan and Saul join the Yellowjackets for next year and are looking forward to watching them rise through the college rankings in their collegiate careers.