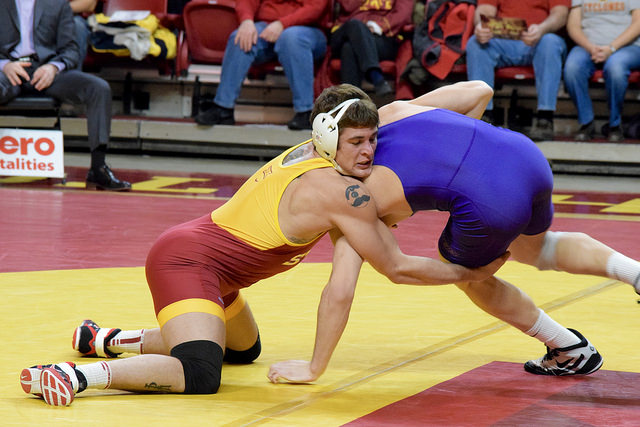 Since his dismissal from the Iowa State team last year, Pat Downey’s future has been a big topic of discussion. Specifically what school will Downey be competing for when the 2018 NCAA Championships roll around.

What may surprise you is despite the fact that the Cyclones dismissed Pat from the team just prior to the 2017 postseason, he is still open to remaining on the team he was an All-American for during the 2016 season.

“I am still at Iowa State. I’d say right now that’s my top choice. That’s the only place that I can have a full college season. That in itself is something I have never had in Division I wrestling. I think me with a full college season under my belt, I could be in shape and be the best version of me when it matters.”

In his interview with our own Tony Hager, Downey said he learned of his dismissal from Iowa State from our breaking news release.

“I actually found out through [IAwrestle], through Twitter that I wasn’t going to be on the team a week before the conference title. Right before Big 12’s. Your guy dropped a story that I was off the team…When you guys dropped that story and it hit media everybody and anybody couldn’t wait to turn their back on me and kicked me while I was down…That was one of the lowest lows for me.”

“I’m in a situation where I am going to have to put the pride and ego aside. If I represent myself so wrongly that an entity that exists over my head is scared to touch me because of the way I represent myself, thus representing their program, that’s putting myself at risk. If I can’t wrestle, then social media is now the enemy. So yeah that would have to be the move if that was the stipulation because I would do anything to get a NCAA championship.

Listen to our interview with Pat Downey:

One thought on “Pat Downey Opens Up on Potentially Dangerous, Talks Future, and More”