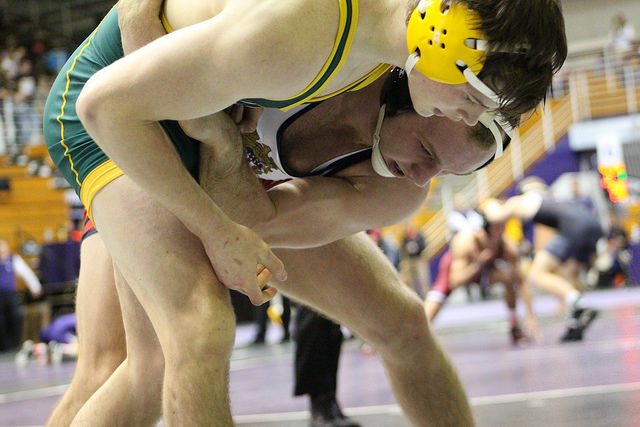 Two weeks after the University of Buffalo head coach John Stutzman announced that his team had been added to the Iowa City Duals lineup, IAwrestle has confirmed with the North Dakota State coaching staff that another Division I team is expected to be in the mix. The Duals typically are the first event on the Hawkeyes’ schedule, and have served as the team’s home opener almost every year (the Grapple on the Gridiron in 2015 the lone exception).

The Bison, which compete in the Big 12 conference as a wrestling affiliate, return a slew of wrestlers from last year’s lineup and should provide a tough test early in the season for the Hawkeyes. Led by senior Clay Ream at 157 pounds, who earned the #6 seed at the 2017 NCAA championships, the Bison return three NCAA qualifiers from last year’s tournament with sophomores Cam Sykora (133) and Andrew Fogarty (165) also qualifying.

There are several other Iowa ties on the North Dakota State roster, with sophomore Cordell Eaton, a North Scott graduate looking to start for the second straight season at 197 pounds for the Bison the only Iowan with starting experience on the team. Coming off a redshirt is freshman and Council Bluffs-Thomas Jefferson graduate, Colton Clingenpeel, who told IAwrestle he plans to challenge for the 165-pound spot in the lineup this season. Joining Clingenpeel from Council Bluffs-Thomas Jefferson is 2017 grad, McGwire Midkiff.