Patrick Duggan to transfer to Iowa 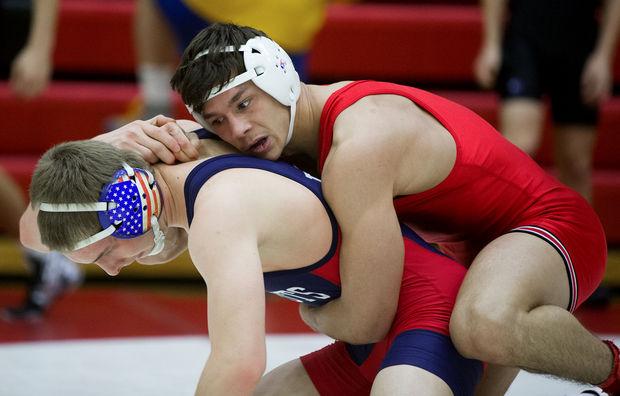 Pennsylvania native Pat Duggan will be transferring from Lock Haven to the Univeristy of Iowa this coming season. Duggan originally committed to West Virginia as the #36 recruit by Intermat. Duggan went 160-11 at Cumberland Valley and was a four-time Pennsylvania state place-winner. (4th, 2nd, 3rd, 2nd). Duggan put together an 11-11 record this past season for Lock Haven

“I wanted to go to Iowa my senior year, but never pulled the trigger,” Duggan told IAwrestle, “I don’t know if I would’ve had the right mind set anyway out of high school. It took me a few years to realize what I really want to do and find myself. Now after I’ve been through some experiences and evaluated my true values and self, Iowa is the right move. The one thing I’ve learned throughout the past years is to not care what other people think, because the only one who’s opinion really matters is your own. I don’t want people telling me what I can and can not do, and what my limits are. I have too much talent to waste, and why not invest my talent to the place I believe I will best reach my potential. It will have the best coaches, environment, and partners for me to be the best Pat Duggan. The tools I need to become the best version of myself. I want to compete with the best, in the room and out in front of everyone. I want a challenge. I look forward to becoming a Hawkeye.”

Duggan will be no stranger in the wrestling room with a win over Iowa redshirt, Kaleb Young. Duggan also wrestled All-American Michael Kemerer his senior year in the state finals, Kemerer won the bout 3-2. Pat’s younger brother, Francis is currently the #26 recruit overall in the class of 2018 by Flowrestling.

Duggan is expected to be on campus late June and plans to wrestle 141/149 pounds for the Iowa Hawkeyes. Duggan will have at least two years remaining, but he will have to sit out this coming season due to transfer restrictions.

3 thoughts on “Patrick Duggan to transfer to Iowa”