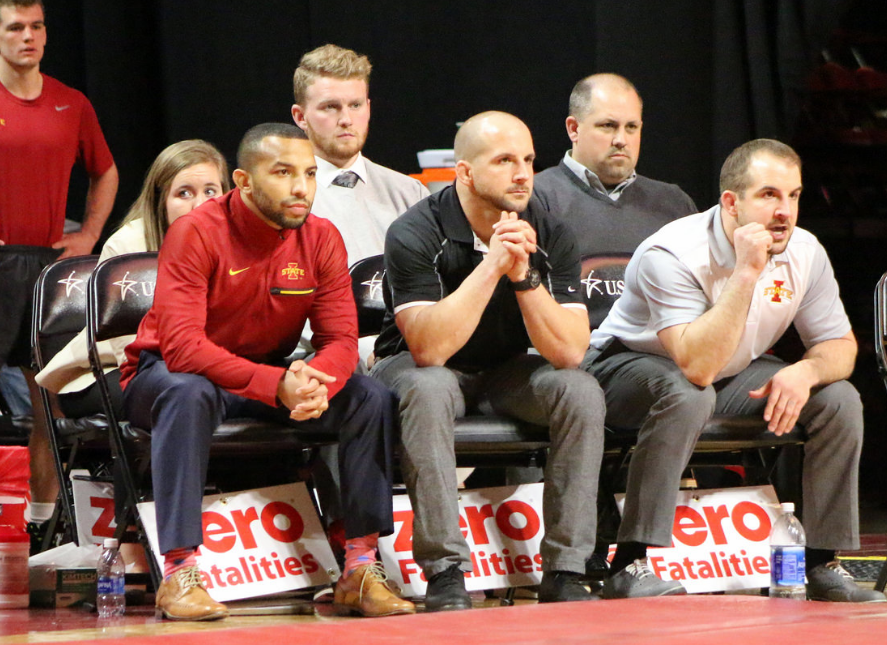 Former Iowa State coach Angel Escobedo is returning to his home state of Indiana as he has officially accepted the associated head coaching position at Indiana University. A former standout for the Hooisers, Escobedo has served the previous two seasons at the Cyclones volunteer coach.

A four-time All-American at Indiana, Escobedo was a three-time Big Ten Champion and the 2008 NCAA champion while competing at 125 pounds. He ended his college career ranked second in school history with 137 wins. In addition to being a standout college wrestler, Escobedo was also the U.S. World Team representative at 57 kg in 2013, where he brought home a fifth place finish. The performance tied the highest finish by an American since Henry Cjeudo won gold in 2008.

Returning to Indiana means that Escobedo will once again be reunited with head coach Duane Goldman, who recruited Escobedo out of Griffith high school in Indiana. Escobedo was Goldman’s, and the program’s, first four-time All-American. Escobedo will also re-join Matt Powless, who was a teammate toward the end of his college career.

Listen to Hager and Ross talk about Escobedo’s future on the Potentially Dangerous podcast: