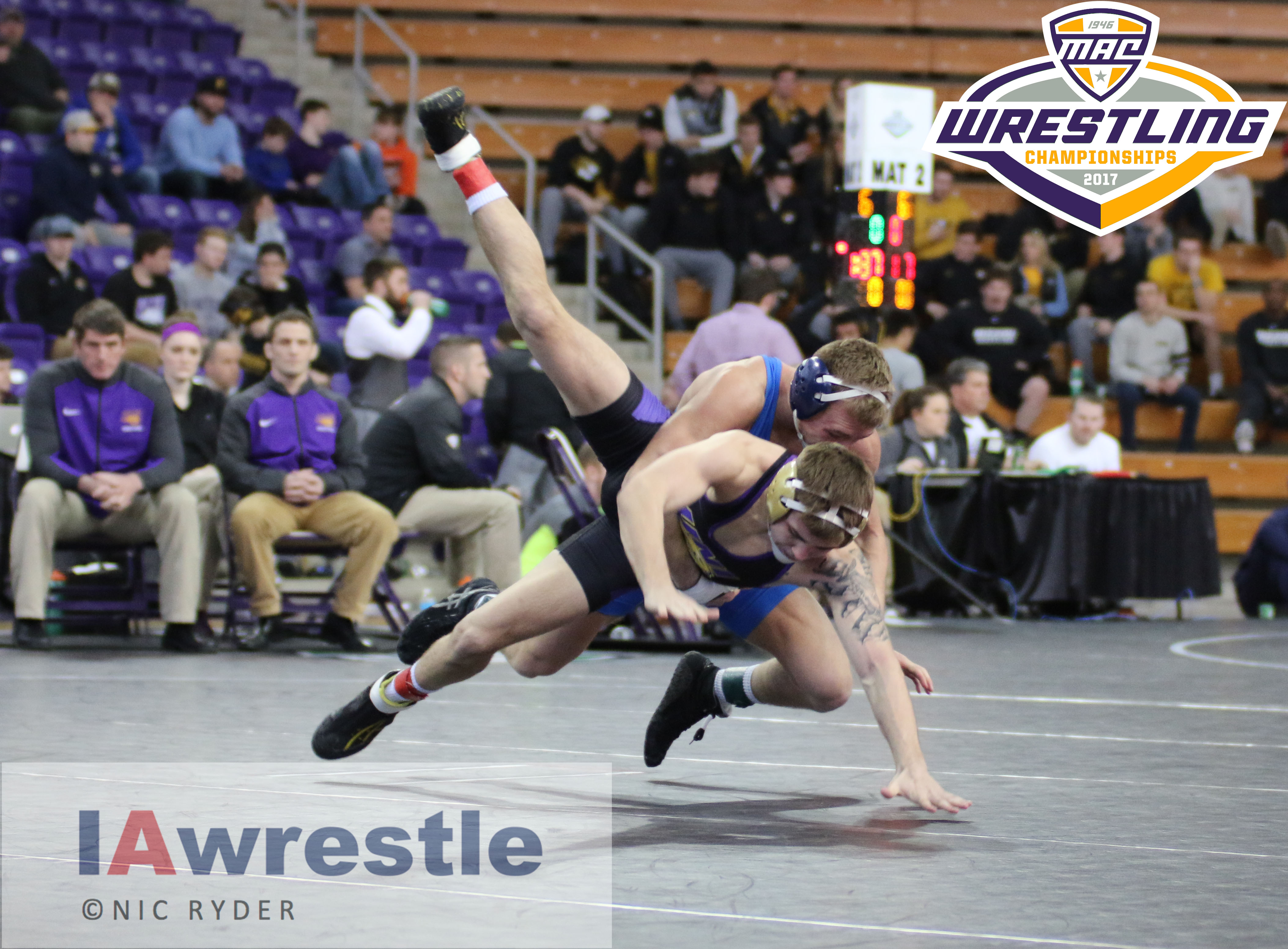 The University of Northern Iowa placed seven wrestlers in the NCAA tournament, and while all will wrestle later tonight only five are still on the front side of their brackets.

The Panthers bookended their day with losses: Dylan Peters lost by pinfall in just 0:58 to Lehigh’s #4 Darian Cruz, and 197 pounder Jacob Holschlag lost 9-4 to #8 Ryan Wolfe.

The good news is that the five wrestlers who won looked pretty, pretty good while doing it. 133 pounder Josh Alber won by pinfall in 2:23.

“First round fall, feels great,” Alber said after his match. “Anytime you put a guy away…it’s the best thing you can do in wrestling. It feels pretty good.”

Alber will have the #5 seeded Michigan Man, Stevan Micic in the next round.

Max Thomsen kept things rolling for the PantheTrain at 149 pounds, where the freshman would get his first NCAA win of his career against Drexel’s Matthew Cimato 2-1. The close match was a topic of conversation with Schwab.

“I thought some of the guys, first round, you could see a little bit of tightness. That’s something that we talk about all the time, but then when you actually get in that environment, you feel it a little bit.”

Bryce Steiert came up with a big win against Army’s Andrew Mendel. The Black Knight kept it close, as Steiert was only able to win 6-5, but he survived the match. The Panther will face a familiar foe in the next round, as he takes on Missouri’s Daniel Lewis. Lewis is 2-1 against Steiert this season. Most recently Steiert lost to Lewis for the MAC Championship back in Cedar Falls.

Taylor Lujan joined Thomsen in getting his first NCAA win, a 6-1 decision over Wisconsin’s Ryan Christensen. Lujan never really lost control of the match, and just steadily built his lead and got the win. Lujan will wrestle #4 Zach Epperly later tonight in another rematch for the Panther.

184 pounder Drew Foster joined Alber as the two Panthers to score bonus points in their matches. Foster came out and used a punishing ride on Minnesota’s Robert Steveson, racking up 4:09 of riding time, to come away with a 8-0 win.

“I love how he competed. Came out and scored right away. He went out and got a score, rode really well, got a bonus point at the end. Happy with how he performed. To me, he looked as much at ease as anybody out there, and that’s the best Foster I’ve seen in a while.”

All seven Panthers will return to the mat this evening, hopefully with some more success. The second session is set to start with Barlow McGhee against Dylan Peters on Mat I, so be sure you tune in or check back here for results!

One thought on “Panthers Go 5-2 in First NCAA Session”