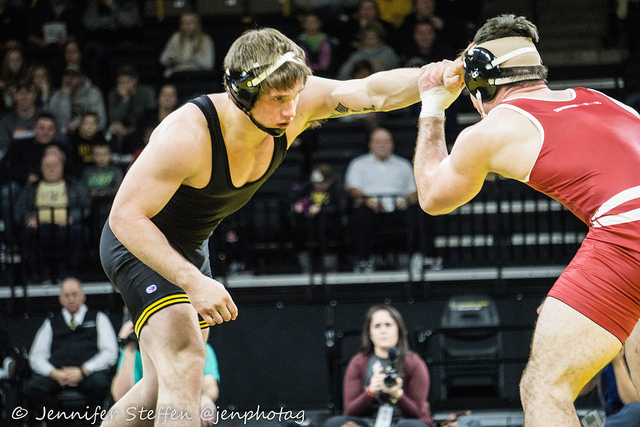 The Iowa Hawkeyes have qualified nine wrestlers for the NCAA tournament, as IAwrestle has learned per family that 197-pound redshirt freshman Cash Wilcke will be heading to St. Louis for his first national tournament. The news comes following the announcement that West Virginia wrestler Jake Smith had to withdraw due to an injury. Wilcke narrowly missed out on claiming an automatic bid at the Big Ten Conference Tournament last weekend.

Wilcke was likely carried to the NCAA tournament on the strength of his 6-4 win over Purdue’s Christian Brunner and SIUE’s Jake Tindle who are both NCAA qualifiers. All told, the Hawkeyes will be sending automatic qualifiers Thomas Gilman (125), Cory Clark (133), Topher Carton (141), Brandon Sorensen (149), Michael Kemerer (157), Alex Meyer (174), Sammy Brooks (184) and Joey Gunther (165) who received an at large selection, yesterday.