Battle of the Burgs Features #1 Knights 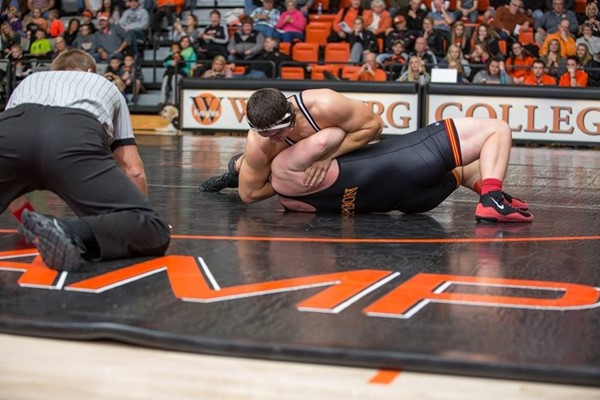 Arguably the most exciting dual in all of Division III will take place tonight, February 2nd, in Si Melby Hall as the #1 Wartburg Knights take on the #2 Augsburg Auggies. The historic Battle of the Burgs will feature a rematch of this year’s NWCA Multi-Divisional National Duals finals match, where Wartburg defeated Augsburg by a score of 31-9.

This storied rivalry features two of the best teams in Division III, with either Wartburg or Augsburg winning the NCAA team championship for the past 22 years. In recent years, Augsburg was victorious in Hershey, PA, bringing home the team title in 2015. Wartburg brought back the title in 2016 with a championship in Cedar Rapids.

125 lbs. Barring a 125 lb. start, the dual may open with a heated match between Augsburg’s fifth-ranked Victor Gilva and Wartburg’s sixth-ranked Arnulfo Olea. In the last meeting between this pair, Gilva came out on top.

133 lbs. Both teams are without ranked wrestlers at this weight. Fans can look forward to an always intense meeting of Wartburg’s Connor Campo and Augsburg’s Sam Bennyhoff.

141 lbs. The Knight’s fourth-ranked Cross Cannone will take on seventh-ranked David Flynn of the Auggies. Cannone will enter the dual on a ten-match winning streak, with 22 match wins already this season.

165 lbs. Third-ranked Andrew Steiert is one of two options for the Knights in the Battle of the Burgs. Fellow senior Brady Meyer has the possibility of taking the mat for Wartburg. Augsburg

174 lbs. Wartburg’s Eric Devos is currently ranked second in DIII. Brice Duhe could also potentially take the mat for the Knights. Augsburg may use Austin Boniface or Jackson Graham at this weight.

197 lbs. Kyle Fank will represent Wartburg College in the Battle of the Burgs. Fank will face either Logan Hortop or Sebastian Larson. Fank is currently ranked second and is on an 18 match winning streak.

285 lbs. One may argue that the Battle of the Burgs is saving the best for last, as second-ranked Lance Evans will face third-ranked Donny Longendyke. Evans defeated Longendyke by a score of 4-0 in their last meeting at the NWCA National Duals. Evans is currently ranked the most dominant wrestler in Division III.