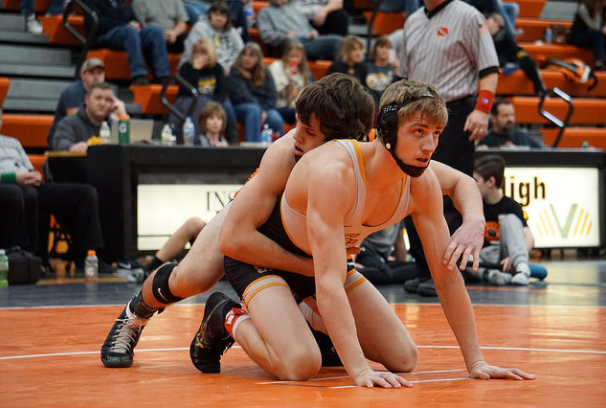 The 2017 Ed Winger Classic has over 60 ranked wrestlers from across the state and features six teams in the top ten tournament rankings. Trackwrestling has labeled this as one of the top five tournaments to watch this weekend on their Trackcast platform. IAwrestle has brought live streaming to fans from the Council Bluffs Classic, Battle of Waterloo, Jack Mendenhall, Ed Hadenfeldt and more this season. You can watch all our past streams via our season pass or purchase individual streams. This tournament will be $9.99 and part of the season pass but will not feature archived matches.

Action gets underway at 9:00 a.m. and the semi-finals are schedule to start around 1:00 p.m. (CT). Keep up to date on the tournament by following @IAwrestle on Twitter or Facebook.

One of the most highly anticipated matches went down last week at the Valley Duals with Barnes coming out on top 3-1 in overtime. Since then these two have flip flopped in the rankings. Stotts is two-time finalist and returning state champion for the Valley Tigers and Barnes is a two-time state place winner finishing sixth and third. Stotts has more experience this season wrestling ranked wrestlers at this weight class but Barnes has the lone victory over the state champ. Expect fireworks at the Ed Winger if these two wrestle again. This weight class also features No. 3 Nick Graham but it remains to be seen if he will wrestle this weekend due to injuries.

Cade DeVos came into the season the No. 1 ranked wrestler at 132 pounds but he met up with Dowling Catholic’s Jake Watters earlier in the season giving up the loss. Since then Jake Watters has been on an absolute tear with big wins over 2A’s No. 1 Curry (Sergeant Bluff-Luton) and 3A’s No. 5 Jefferson (Bettendorf} and No. 5 Runyon (Indianola). There is no one hotter right now in class 3A than Jake Watters. Cade Devos has adjusted to this weight class after wrestling 106 pounds last season for Waukee and he will be looking for redemption at the Winger to set himself up for the No. 1 seed at the CIML conference tournament next Friday.

These two have gone back and forth this year. Corbin held a 2-0 record against Sauer going into the Jack Mendenhall and would leave with a 2-1 record. Corbin is known for his relentless attacks from his feet and Sauer was able to adjust from the first two losses to come up be at the Mendenhall. Both of these wrestlers are state place winners but have yet to be at the top of the podium. This last win by Sauer should solidify him as the number one seed so Corbin will have to go through the likely three see Isaac Bales of Glenwood. Can Corbin correct his mistakes from Mendenhall or will Sauer keep his second half of the season rolling.

Rocky Lombardi finds himself up against yet another No. 1 ranked wrestler at the Ed Winger, Wyatt Wriedt. The North Scott, Eldrige 220 pounder is the returning state champion at this weight class and holds a victory over Lombardi already this season. BUT Lombardi has the better overall record against Wriedt holding a 3-2 record. Wriedt has wins over Ed Winger entrants Gamia (Iowa City West), Wolff (Indianola) and Lauber (Fort Madison). Lombardi though has been untested this season outside of Wriedt. He has wins over nine of the entrants in this tournament and has been blowing through others since the Keith Young. Lets hope we can see Lombard vs Wriedt VI.

These two will have no easy road to the finals with No. 3 Zach Price (Johnston), No. 5 Spencer Hutchison (Valley), No. 7 Nate Sheehy (Dowling) and No. 10 Conner Dalton (DM Lincoln) standing in their way. Brown and Midkiff have not wrestled each other and do not hold wins over common opponents. Both wrestlers are three-time state place winners – Brown going 5th, 8th, 2nd and Midkiff going 8th, 5th and 2nd. Midkiff is no stranger to the Ed Winger finals as a two-time finalist while Brown’s best finish has been fourth place.

CATCH all the action LIVE from the Ed Winger by watching on pay-per-view HERE.

One thought on “Top 5 Matches to Watch at Ed Winger”