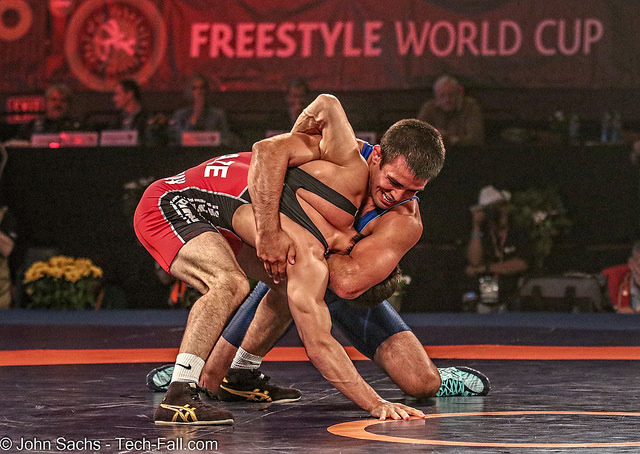 The U.S. will be sending 18 Men’s Freestyle competitors to the 4th Paris International Tournament next weekend in Paris, France. Former Iowa Hawkeye standout Tony Ramos will be looking to win gold at 61 kg after winning the tournament at 57 kg last year. In addition to Ramos the Hawkeye Wrestling Club will have three of their athletes entered in the tournament.

Ramos is one of the bigger name Americans making the trip to Paris this weekend as he is one of three former World Team members listed on the U.S. roster. Ramos was the 57 kg representative for the United States in 2014 and 2015, and was the 2016 Olympic Trials runner-up. After April’s Olympic Trials, Ramos entered the coaching ranks and is currently serving as the volunteer assistant coach for the University of North Carolina.

Three-time Hawkeye All-American Nathan Burak will make his International debut for the HWC at the Paris International competing up at 97 kg. He will be joined by former teammate Bobby Telford, who will compete at 125 kg, and Nick Dardanes, who joined the HWC in mid-2016, competing at 65 kg.

More info on the entire U.S. squad at TheMat.com