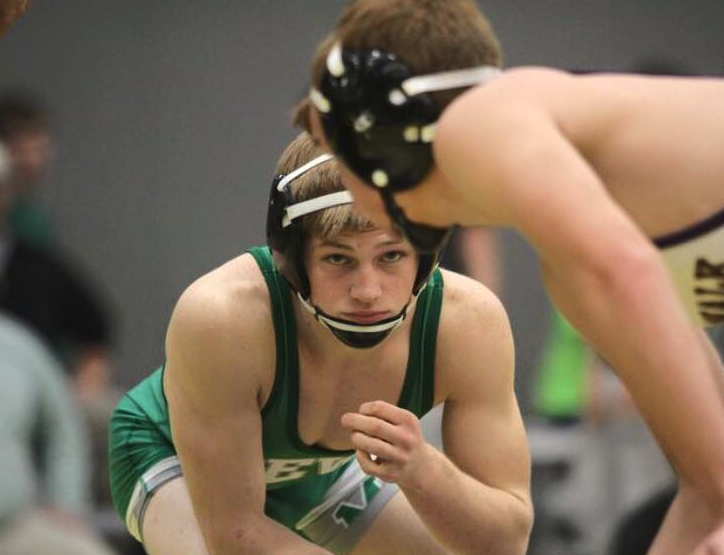 What: Pride of Iowa Wrestling Tournament

Broadcast Info: Semifinal and Final Rounds will be broadcasted LIVE by our partners at KBOE

As we continue to figure out the important teams and wrestlers in the early going this year, one of the better small school conferences in the state will have their annual meeting in Afton.

The Pride of Iowa boasts two teams ranked in the IAwrestle rankings in Class 1A, and 16 individuals ranked in either 2A or 1A.

This will lead to some fine matchups in the backend of the tourney, barring surprising upsets.

Another competitive weight class will be at 120 pounds, as Bedford/Lenox’s Jared Hensley (#4 in 2A) could battle Southeast Warren’s Brady Kyner (#2 in 1A). Kyner was the runner-up at 120 pounds at state last year while Hensley finished 5th in Class 2A. Should these two meet, it would be one of the matches of the tournament.

152 pounds should be interesting as well, as Pleasantville’s Griffen McBride (#5 in 1A) could meet up with Central Decatur’s Kade Kelso (#5 in 2A). Both wrestlers have gotten off to good starts this year and have high hopes for this season.

The brackets at 182-pounds and heavyweight are the most loaded weight classes at the Pride of Iowa.

At 182, Martensdale-St. Marys’s Logan Schumacher (#1 in 1A), Southeast Warren’s TJ Dierking (#4 at 170 in 1A), and I-35’s Dante Arzani (#6 in 1A) could find themselves all meeting in the same bracket. That level of competitiveness will be matched at the heavyweight bracket with Pleasantville’s Will Anthony (#5 in 1A), East Union’s Lane Ripperger (#8 in 1A), and Mount Ayr’s Josh Cox (#10 in 1A) all battling for the top spot.

Martensdale-St. Marys is ranked 7th in Class 1A in the latest IAwrestle rankings, and beyond top-ranked Schumacher at 182 pounds, they have sophomore Josh Tibbits, who is ranked 3rd at 132 after an impressive 3rd place showing at 113 pounds his freshman year.

The other team ranked is Southeast Warren (#8 in 1A), who adds freshman Bryce Hall (#5 at 113 in 1A) to their trio of upper classmen who are also ranked. Blake Bauer is #9 at 126, along with Kyner and Dierking.

Pleasantville’s team is also stout, as they have three wrestlers in the top five at their respective weights in Class 1A. Griffen McBride (#5 at 152), Chaz Clark (#4 at 220), and Will Anthony (#5 at 285) will help Pleasantville keep their name in the hat for the team title.

The action begins at 10 AM, and all the semifinals and finals can be viewed on kboeradio.com!

One thought on “Pride of Iowa Tournament Preview”