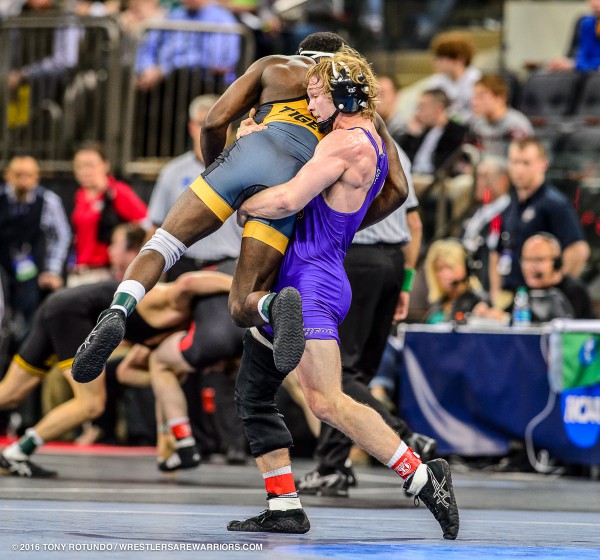 The Panthers open up conference competition with the Old Dominion Monarchs coming to the West Gym on Sunday. The Monarchs come in winless in duals on the year, but boast three nationally-ranked wrestlers. The Panthers are coming off their first loss, a disappointing 24-10 dual against Virginia Tech, but are 2-1 on the year.

Once again this will be a good test for UNI’s upper weights, as all of ODU’s ranked wrestlers come on the back half of their lineup. 165-pounder Bryce Steiert will see his first ranked wrestler at his new weight in #13 Seldon Wright, who went 0-2 at last seasons MAC Championship and did not make the NCAA’s.

Jacob Holschlag and Jared Bartel will also face a top-12 wrestler in Jack Dechow and Kevin Beazley at 184 and 197 pounds. The two upper weights had good showings against the Hokies, but suffered their only losses of the year Virginia Tech wrestlers. Taylor Lujan put up a really good effort against Virginia Tech’s #2 Zach Epperly, but ultimately couldn’t finish with a win, so it will be interesting to see how he does against the unranked Jared Swan from ODU.

The Panthers should be favored in the dual, with #3 Dylan Peters, #15 Josh Alber, and #20 Max Thomsen all going up against unranked foes. I think if two of the three can win with bonus points UNI will be sitting pretty go win the dual.

I think the most important thing to watch for are the unranked wrestlers going up against unranked wrestlers. Jake Koethe, Paden Moore, and JJ Everard are all unranked, and these are the matches that UNI didn’t win last season, which led to a pretty poor dual record and the Panthers going winless at home. If they can build their resumes a bit against these wrestlers and keep that rolling, they’ll be in a much better position come March.

The Panthers are 7-0 all-time against the Monarchs, winning last season 24-12 in Norfolk, VA. WrestleStat predicts a 24-10 win for the Panthers. This dual kicks off at 2PM and we’ll have a live play-by-play thread going, so be sure to stop back for all the action.

One thought on “Panthers Open Conference Competition with Old Dominion”