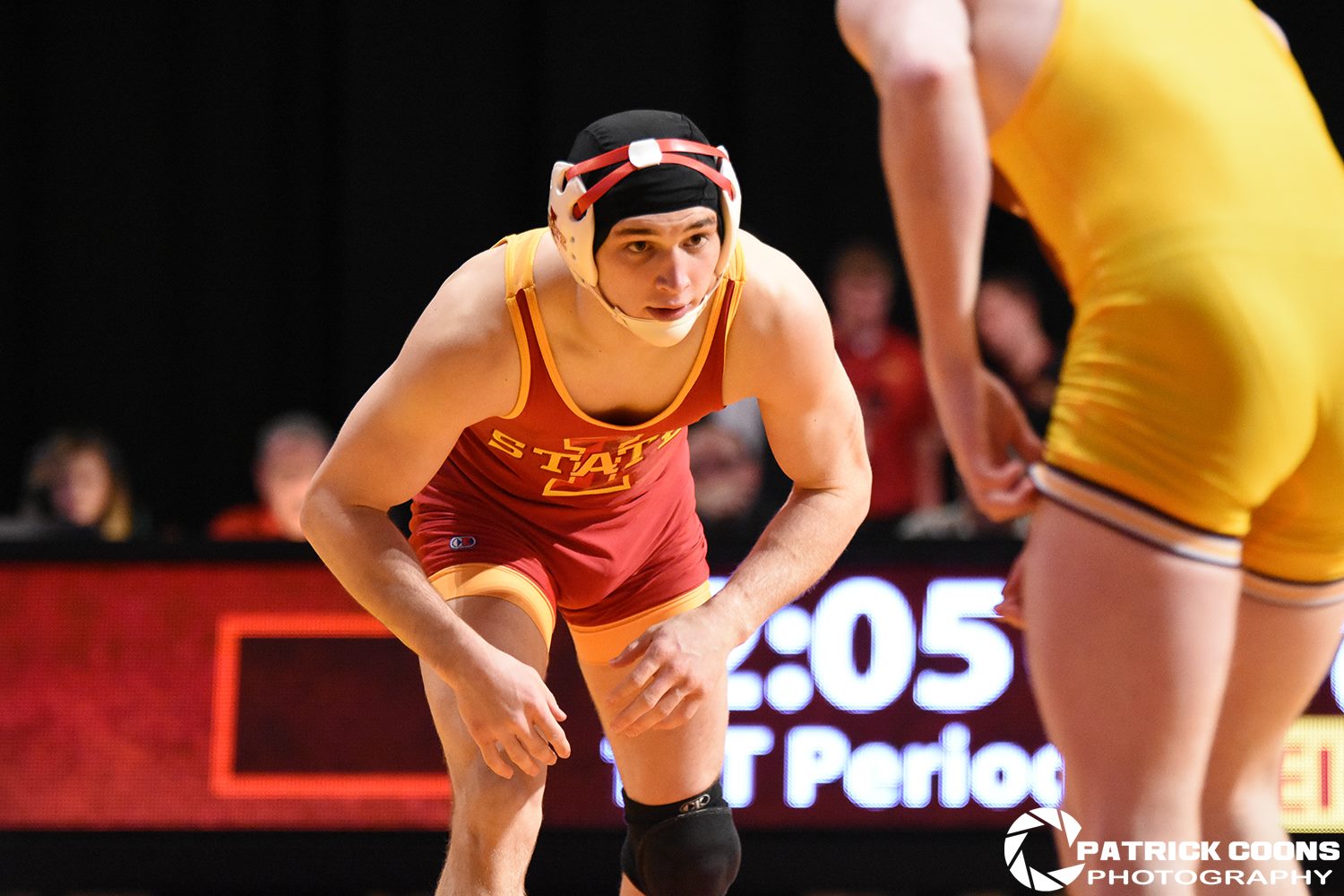 It was a rough weekend for the Iowa State Cyclone wrestling team, as the Cyclones were defeated 27-9 by South Dakota State on Friday, and then 25-16 by North Dakota State on Sunday. The losses mean that Iowa State will begin the year 0-2 in both regular and conference dual competition.

The bright spots of the weekend belong to both All-American Pat Downey (184) and senior John Meeks (141), who both managed to go 2-0 for the Cyclones posting big wins for their team. Downey’s weekend performance came by way of him bumping up to 197 pounds and defeating #9 Nate Rotert of SDSU, and then adding a fall against Tyler McNutt of NDSU on Sunday. Meeks’s wins came against Iowa natvie Henry Pohlmeyer and Joe Umlauf respectively.

The rest of the team didn’t fare as well as the previously mentioned wrestlers, but Kyle Larson (125), Nathan Boston (133), and Lelund Weatherspoon (174) split matches this weekend, with Weatherspoon bouncing back with a 11-4 win against NDSU’s Carter Nielsen after being upset by SDSU’s David Kocer on Friday. Boston’s loss came against #6 ranked Seth Gross on Friday night, but picked up a major against NDSU’s Albert Landeros. Boston is currently filling in for All-American Earl Hall who had to miss the team’s first few official scheduled events.

The other story for the Cyclones is that is clearly a team that is not at full strength. In addition to Boston filling in for Hall at 133, expected starters Gabe Moreno (141), Marcus Harrington (197), and Quean Smith (285) were all absent the lineup to begin the season. Another surprise Cyclone fans got this weekend was when true freshman Sammy Colbray had his redshirt pulled and competed against NDSU’s Ben Tynan. While Tynan came out on top in the match, the move to pull Colbray’s redshirt could be a signal that he may in fact be the team’s starting 197 pounder going forward.

2 thoughts on “Cyclones Leave the Dakotas 0-2”