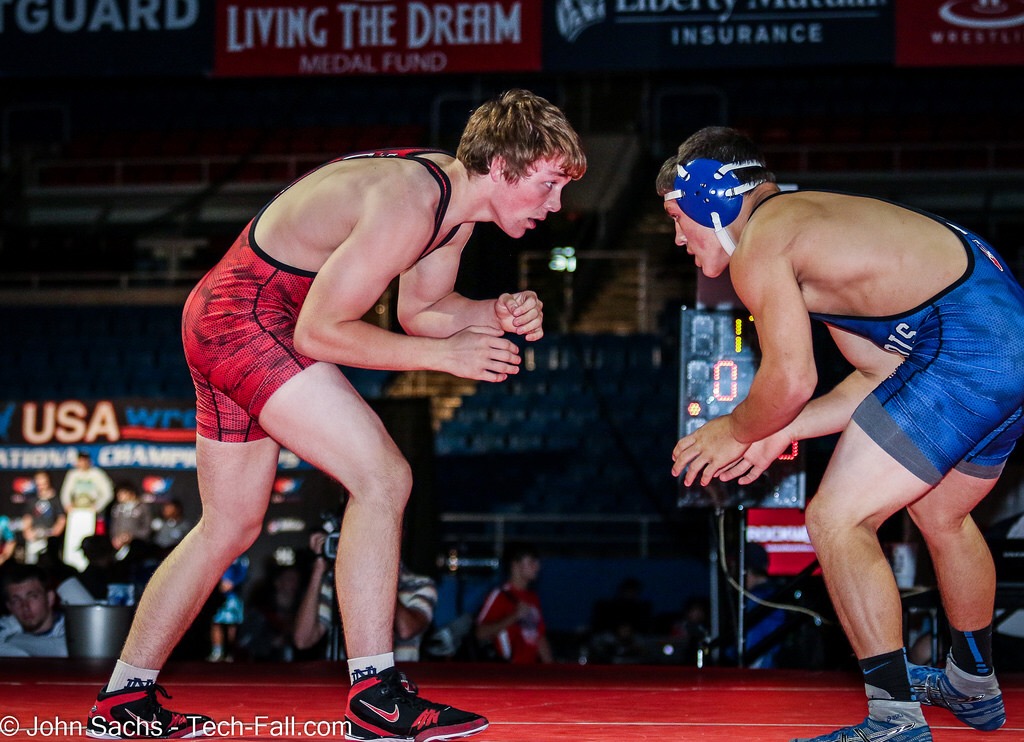 “I had a good time, I liked the team and saw what they were doing with their program and how they train their guys, and the type of guys they want to bring in,” Warner told IAwrestle, “The other recruits were great, I had a great time with them and got along with everybody. It was a good time. I definitely got the things I need to take into consideration and find out where the right fit for me is school-wise. I liked it.”

Warner is the top ranked wrestler at 197 pounds according to Flowrestling and is coming off a bronze medal performance at the 2016 Cadet World Championships. While Warner has certainly been the cream of the crop recently, he still remembers meeting the head Hawkeye for the first time, “The first time I met Tom Brands, or anyone from Iowa, was I think my freshman year. They were at Oak Park watching Larry Early, I think. I just met (Brands) briefly and said ‘Hi, hello’, just the normal thing. I saw Tom Brands and I thought ‘Holy cow that’s the head coach at Iowa’ so I went up and introduced myself and that was my first time meeting him. After that we didn’t cross paths until Coach Morningstar called me my Junior year and it just kinda went on from there.”

On why he is interested in Iowa Warner responded, “It’s probably the history that they have. They have a great history of producing national champs and getting the job done. They have always had a great atmosphere with their team and I have never heard bad things about them. It’s a tough school to wrestle for so seeing all that it kind draws you to it.”

Warner is also encouraged by the type of wrestlers Iowa is bringing in and how Iowa runs their program, “The type of people they want to bring into the program; with my class there is Spencer Lee and Max Murin, trying to get Brady Berge, Aaron Costello. The guys they are trying to bring in are all great dudes and all great wrestlers. They are trying to build their program even though they do a good job how it is, they always want to make it better.”

Warner also knows that with Iowa comes a large community of fans, “The support they have, not just with their university and the Hawkeye Wrestling Club, but their community. I mean we went to practice and there was probably 50 people there watching. That is more than what some colleges get at their dual meets. It just shows the type of fan base and the support Iowa has.”