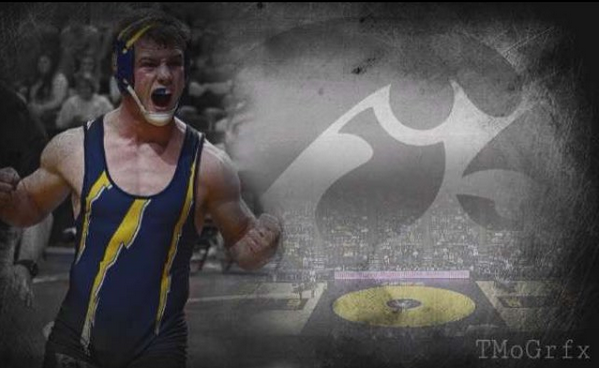 The University of Iowa has added its second recruit in as many days as English Valleys-North English’s Zachary Axmear has committed to wrestle for the Hawkeyes. Coming in ranked #36 in IA Wrestle’s preseason Fab 50 rankings, Axmear is the fourth wrestler in the class of 2017 to commit to the Hawkeyes.

Home is where the heart is. I'm proud to say I will further my education and career and the University of Iowa. #IowaBound #HammeringHawks

Axmear is a three-time place winner in the state of Iowa, Axmear took home his highest finish this past season when he took second at 152 pounds. Axmear enters his senior season with a 154-8 and record. He will project at 157 for the Hawkeyes.

Axmear was on campus this past weekend for an official visit.