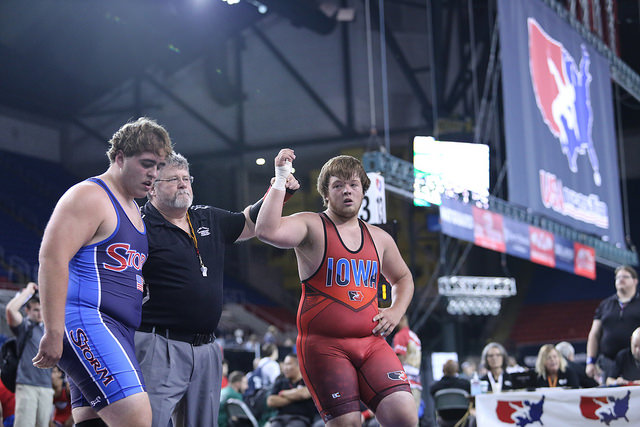 Two time Iowa state place winner Matt Naig of Sibley-Ocheyedan has committed to wrestle at Division II Augustana University in Sioux Falls, South Dakota. Naig placed sixth in 2015 and fifth in 2016 at 220 pounds, but projects at 285 in college.

IA Wrestle caught up with Naig to ask him about his commitment.

“Augustana was an easy choice for me. I loved the coaches and the wrestlers on the team. All great guys and feels like home. It’s a small college in a big town. That was a big thing for me I didn’t want to go to a big school. I don’t think I would like the transition coming from a small school.”

Naig also mentioned that he didn’t have a list of schools and knew where he wanted to go.