Iowa, ISU and UNI ranked in top-10 among all Division I schools attendance 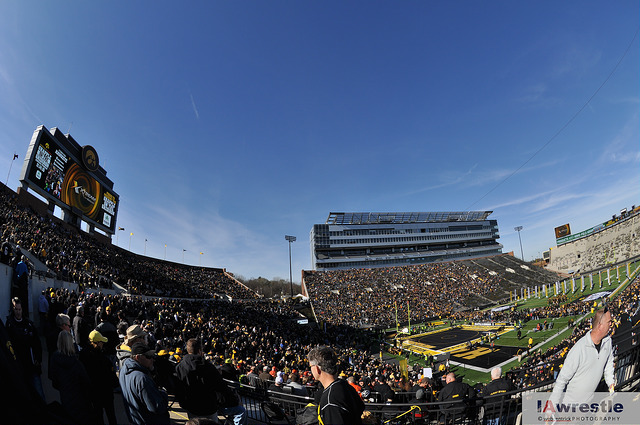 For the 10th straight year the Iowa Hawkeyes have led the nation in attendance, according to an attendance report by Roby Publishing. The Hawkeyes got their biggest boost from their record smashing outdoor dual against Oklahoma State, which brought in 42,287 fans inside Kinnick stadium. Iowa finished the season as the only team to average over 10,000 fans per home event. Trailing the Hawkeyes once again for second place was the Penn State Nittany Lions, who brought their total attendance up 7,000 from the previous year to 61,289.

The state of Iowa also saw it’s to other two instate institutions return to the top ten, with Iowa State moving up one spot from the previous year to #7. The  Cyclones finished with 12,723 as their total attendance, and their home dual against Iowa being their biggest draw. Northern Iowa was 10th in attendance, which is down two spots from a year ago. While UNI fell two spots, their total attendance only went down 200.