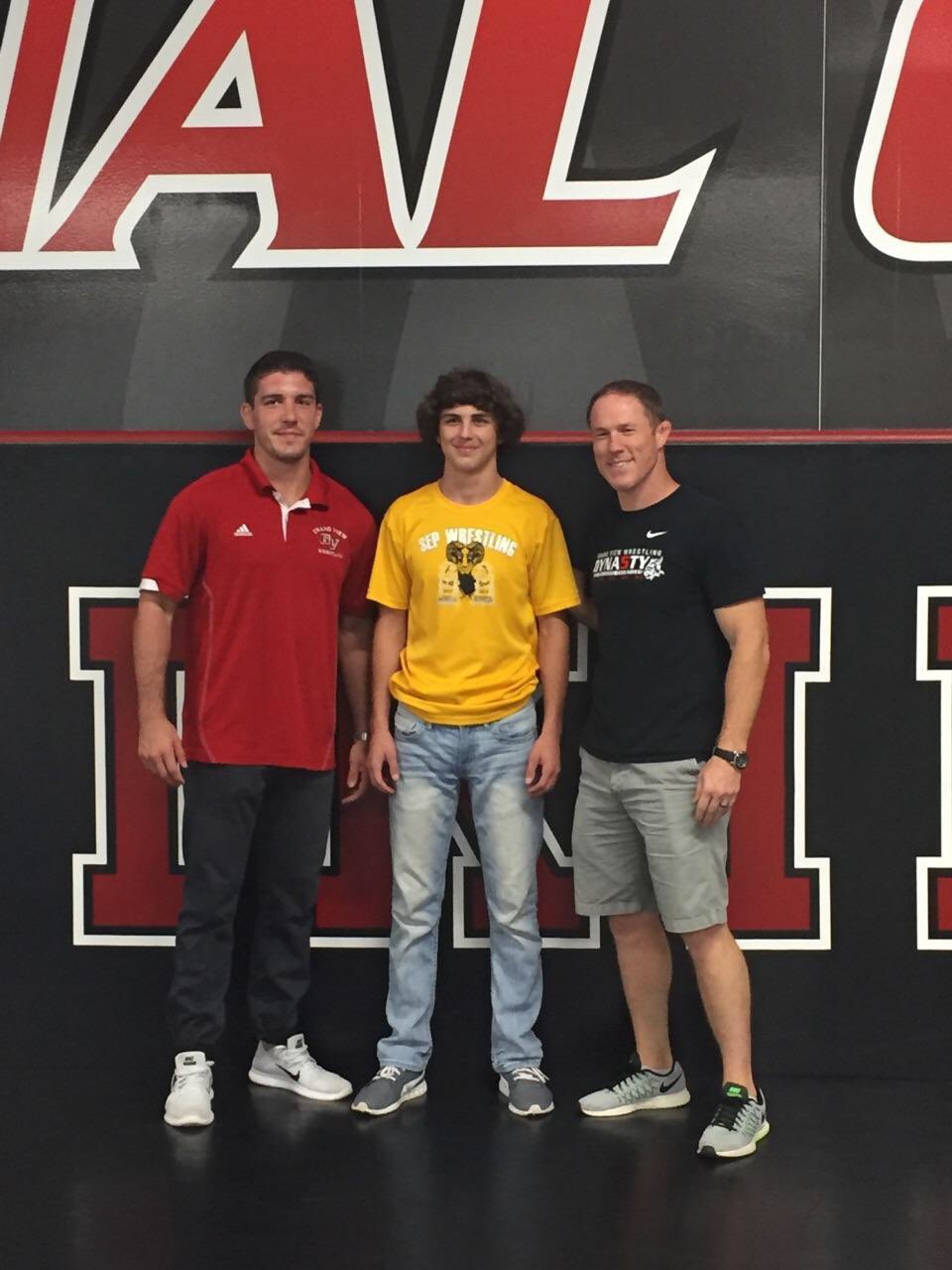 Three-time state medalist Adam Brown of Southeast Polk gave his verbal commitment to head coach Nick Mitchell and the Grand View Vikings. Brown has played an instrumental role on the Rams wrestling team over the last three years, helping his team to a runner-up finish in 2014, and back-to-back team state titles the last two seasons.

As a freshman for Southeast Polk Brown took fifth at 106 pounds. He followed that up with a eighth place finish as a sophomore at 120 pounds before finishing as the runner-up at the same weight his junior season. Brown was ranked #37 in IA Wrestle’s Fab 50 rankings.

“I’ve wrestled at Grand View since I was in seventh grade,” Brown told IA Wrestle, “I’ve known all the guys already and it felt like I was apart of the team before I even signed. I went on visits to a few different schools, but nothing compared to the environment at Grand View.”

Brown will project at either 125 or 133 pounds for the Vikings.