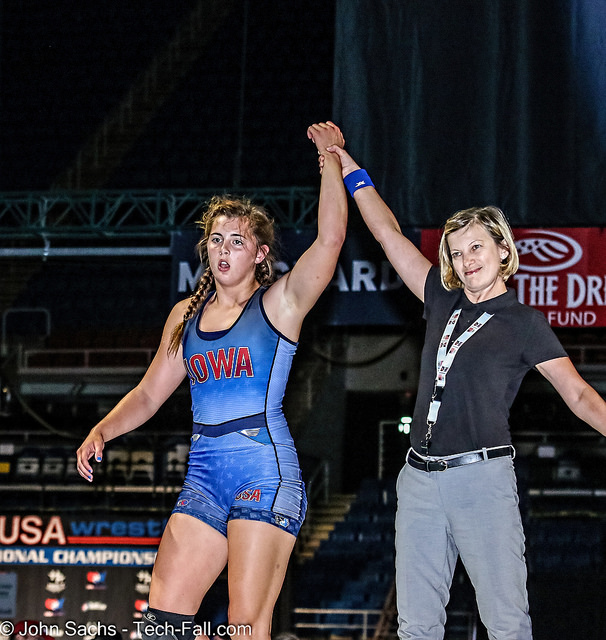 Watters opened her morning with host country’s Pauline LeCarpentier of France. Watters looked good early putting up a 5-0 victory against LeCarpentier to move into the quarterfinals. There she was defeated 10-0 by Yauheniya Andreichykava of Belarus.

Watters then needed Andreichykava to win her next match to pull her back into the repechage (consolation) bracket for a chance at a bronze medal. Unfortunately Andreichykava was defeated 14-2 by Japan’s Masako Furuichi, the 2015 Junior gold medalist at 67 kg. The loss ended the tournament for Watters.

For fans wanting to continue following Watters’s career, they may do so by checking out the Oklahoma City University wrestling program. Watters is an incoming freshman for the Stars.