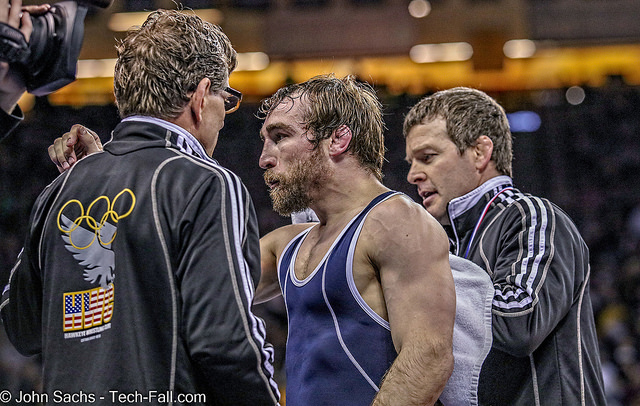 Hawkeye Wrestling Club’s Dan Dennis was defeated in the first round of the 2016 Olympic Games after the 57 kg wrestler was downed 10-0 by Bulgaria’s Vladimir Dubov. Dubov was the 2013 World silver medalist and last year’s bronze medalist at 61 kg.

Following Dennis’s loss hopes remained that Dubov would be able to reach the finals and pull Dennis back into the repechage (consolation) bracket, but Dubov fell one win shy of doing so, going down 8-4 to World #1 ranked Vladimer Khichegashvili of Georgia. The loss eliminated Dennis from the tournament and his quest for a medal.

It was a tough day for Team USA, as returning World Champion Jordan Burroughs was also defeated, taking his loss to Aniuar Gedeuv of Russia in the quarterfinals. That’s been the theme of the tournament overall for the Americans, as Women’s freestyle wrestler Helen Maroulis is the only American to medal so far in the games. Maroulis was able to win her gold medal by defeating Japan’s Saori Yoshida, who was trying to win her fourth Olympic gold medal.

Burroughs remains in the hunt for a bronze medal, following Gedeuv’s semifinal win.