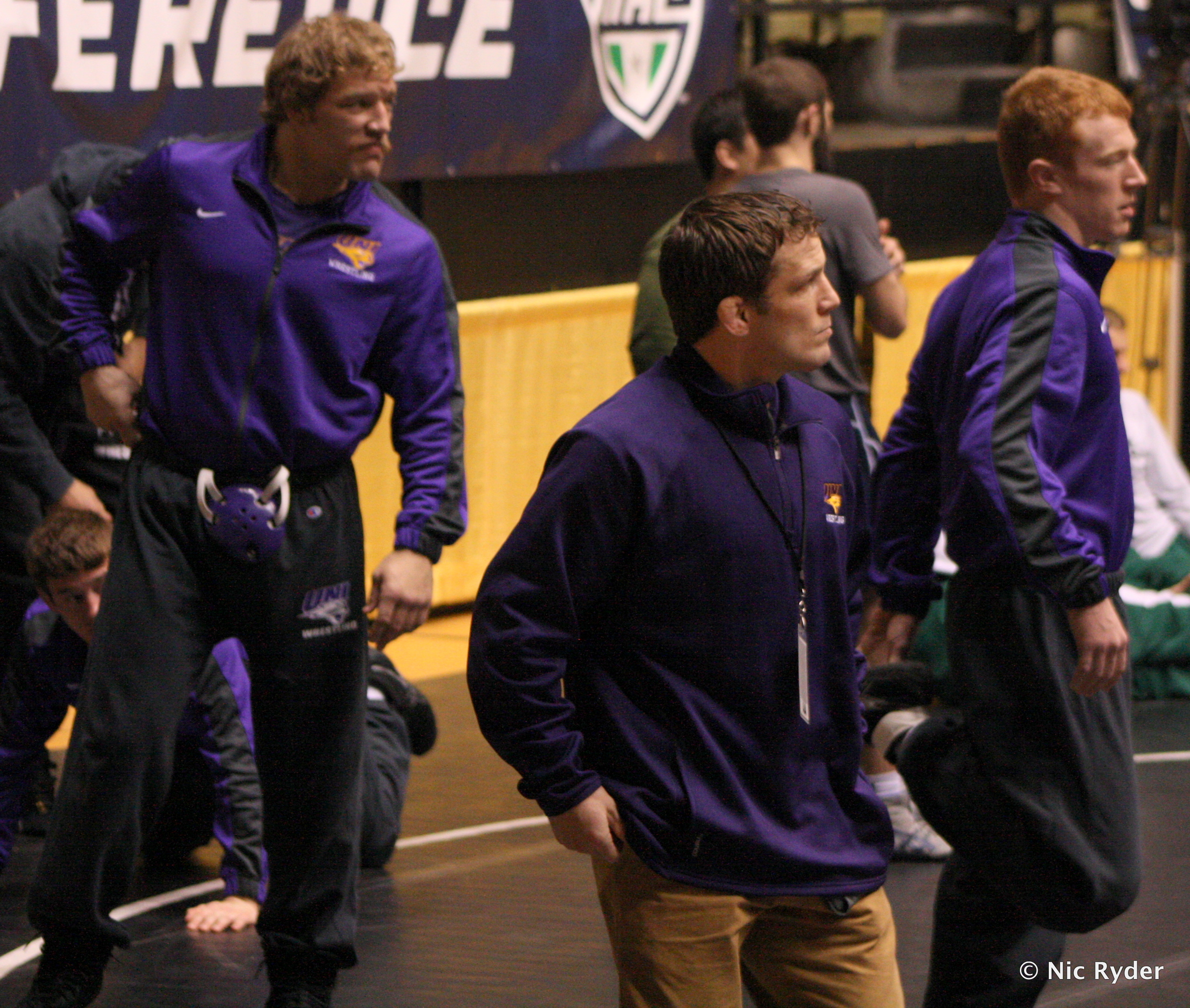 The first state university to release their schedule was Northern Iowa a couple of weeks ago, and while the conference slate was exactly what we expected (the MAC does an alternating home and home every year between each squad) the home and non-conference dates got an upgrade. In addition UNI will host the MAC Championships in the McLeod Center at the end of the season.

The first couple of things that jump out at me are the home dates – UNI has five events at home before December 3rd. Compare that to last season when the Panthers only hosted six events all season, that is a significant upgrade. Not only do they get a full slate of MAC opponents, but they will also bring in two Big 12 (Utah Valley and Oklahoma) and one ACC (Virginia Tech) squad.

As for MAC duals at home they’ll get the opposite (and a bit weaker) home duals from last season, hosting Old Dominion, Northern Illinois, Eastern Michigan, and Buffalo. The good news here is that they avoid those longer trips to ODU and Buffalo, but the bad news is that these squads don’t showcase the best the MAC has to offer for fans in the West Gym. Even though they might not be the best Eastern Michigan, Buffalo, and Northern Illinois have all been on the rise the last two-three years, and ODU’s Steve Martin always has the Monarch’s ready to wrestle.

The other good news is that Head Coach Doug Schwab and company have brought in some excellent non-conference schools to give that home schedule a boost. Starting right out the gate with Utah Valley, the former WWC school and current Big 12 member is no stranger to Cedar Falls and should provide a good early test. The following week the regular-season ACC Champion Virginia Tech comes back to UNI. The 4th place team at Nationals one year ago makes their second trip to Cedar Falls in as many years, winning in Cedar Falls 20-12 in 2015.

The other big home non-conference dual comes in early February against Oklahoma. The Big 12 opponent was scheduled to come to the West Gym again last season, but the Sooners didn’t end up on the schedule. Luckily for fans they will be making the trip this season, the second to last home dual of the year and it should be a good one.

When the Panthers go on the road this year they’ll face some tough squads though, starting out with a trip to Big Ten opponent Wisconsin. The Badgers and the Panthers have some recent history, as they had a home and home in 2013-14 seasons, splitting the two duals. The last road non-conference dual of the year comes against intrastate rival Iowa State, who edged out the Panthers last season in Cedar Falls. UNI will be looking for it’s first win in Ames since 2003.

The conference road slate isn’t any easier than those two duals, with trips to MAC power Central Michigan, Ohio University, and Kent State all in a month and a half. All three of those duals will be pivotal in the UNI’s chase for another conference title.

UNI will also make it’s first appearance at the Southern Scuffle in Chattanooga over the New Year. The Panthers are forgoing their trip to The Midlands in order to get some exposure to some squads they might not normally see on their schedule.

They round out the year on the road at the four-time defending MAC Tournament Champion, Missouri in mid February. The Tigers have been on a role and haven’t had much trouble mowing down conference opponents. The last time they lost to a conference opponent at home was during the 2012-13 season against Central Michigan, 17-16. It remains the only home MAC dual that the Tigers have dropped.

The Panthers will host their first postseason tournament since 2012 when the MAC Championships will be held in the McLeod Center. The two-day event will take place on March 4th and 5th and is the first time that UNI has hosted all the MAC squads. UNI will look to qualify more on their home turf this year than the four they had qualified last season in Ypsilanti, Michigan. With the NCAA tournament being closer to home this year hopefully the Panthers give fans quite a few wrestlers to go see in St. Louis and bring home some more hardware.

And that’s it! What do you think of the Panthers 2016-17 schedule? Any bold predictions before the previews all come out? Let us know in the comments below!