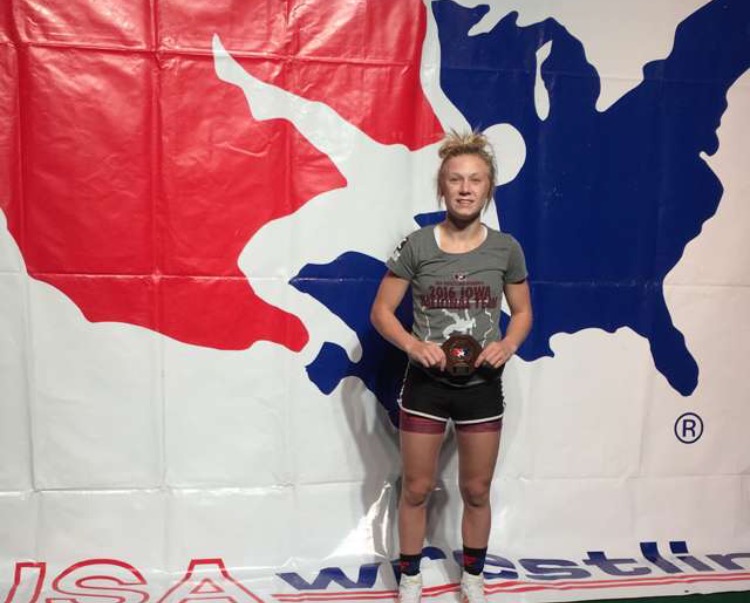 on her fifth place finish from last year by finishing fourth place today in the Cadet Women’s National Championships.

“It took me awhile to open up but once I did I felt really good. I’m looking forward to Juniors Monday night.” Taylor told IAwrestle on her tournament finish.

Taylor will have an opportunity to become a double All-American Monday night in the Junior division.

“I’m really proud to represent Iowa and not only girls wrestling but as a whole. I’m excited to be able to set the pace for the boys!” said Taylor on being Iowa’s first All-American at this years tournament.

Dominique Mosier and Keagan King both went one and two on the day for team Iowa. Our Junior women will be competing Monday evening at 6:00 p.m.. Find out who is all competing Monday in our Fargo preview.