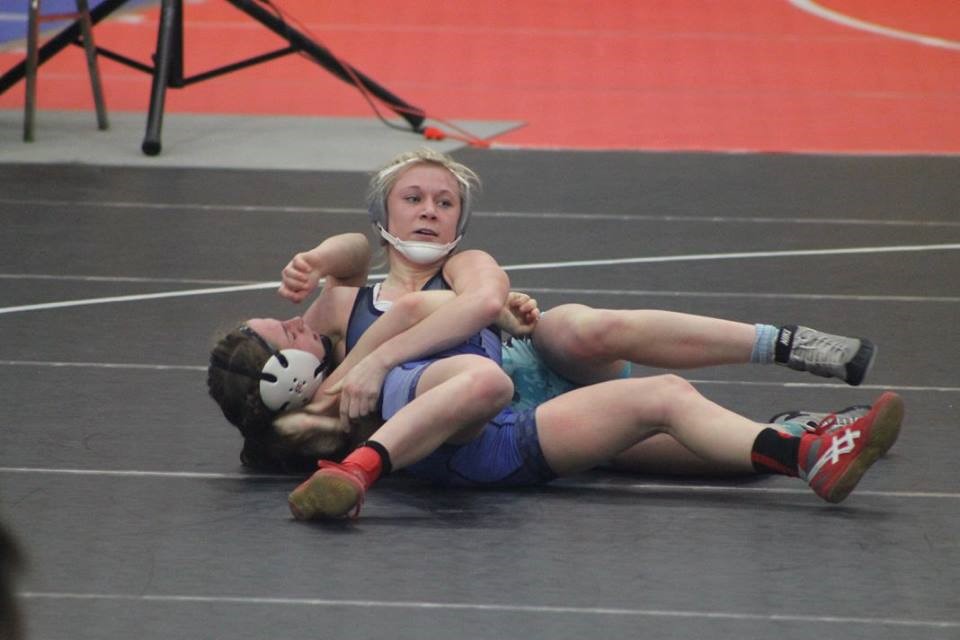 Look for the Iowa Women to bring home some hardware next week at the Freestyle National Championships in Fargo, ND. The Team Iowa women will have eight wrestlers competing; three at the Cadet level and six at the Junior level (with one wrestler competing in both the Cadet and Junior divisions).

Felicity Taylor, a returning Cadet All-American from South Winneshiek, will look to improve on her 5th place finish from last year. She will compete again this year in the 101 pound division.

Joining Taylor on the Cadet team will be newcomers, Dominique Mosier of Clear Creek-Amana at 132 pounds and Keagan King of South Central Calhoun at 143.

Leading the Juniors will be Rachel Watters of Ballard at 159 pounds. In last year’s competition, Watters won the 159 pound championship without giving up a single point and outscored her opponents 39-0. Watters is the current Junior World Team Member at 72kg.

Felicity Taylor will also be competing at the Junior level and will bump up to 105 pounds where she competed last year but did not place.

Also returning from last year’s team is Nicole Watters of Ballard. Watters wrestled at 130 pounds last year and did not place. She is moving up to 148 pounds for this year’s competition.

Three additional newcomers to the Fargo team are Alanah Vetterick of Norwalk at 117 pounds, Paige Bendt of Glenwood at 125 pounds, and Karleigh Shuff of Indianola at 148 pounds.

As the Iowa women’s team continues to add to its successes they are looking to make a solid impact this year.