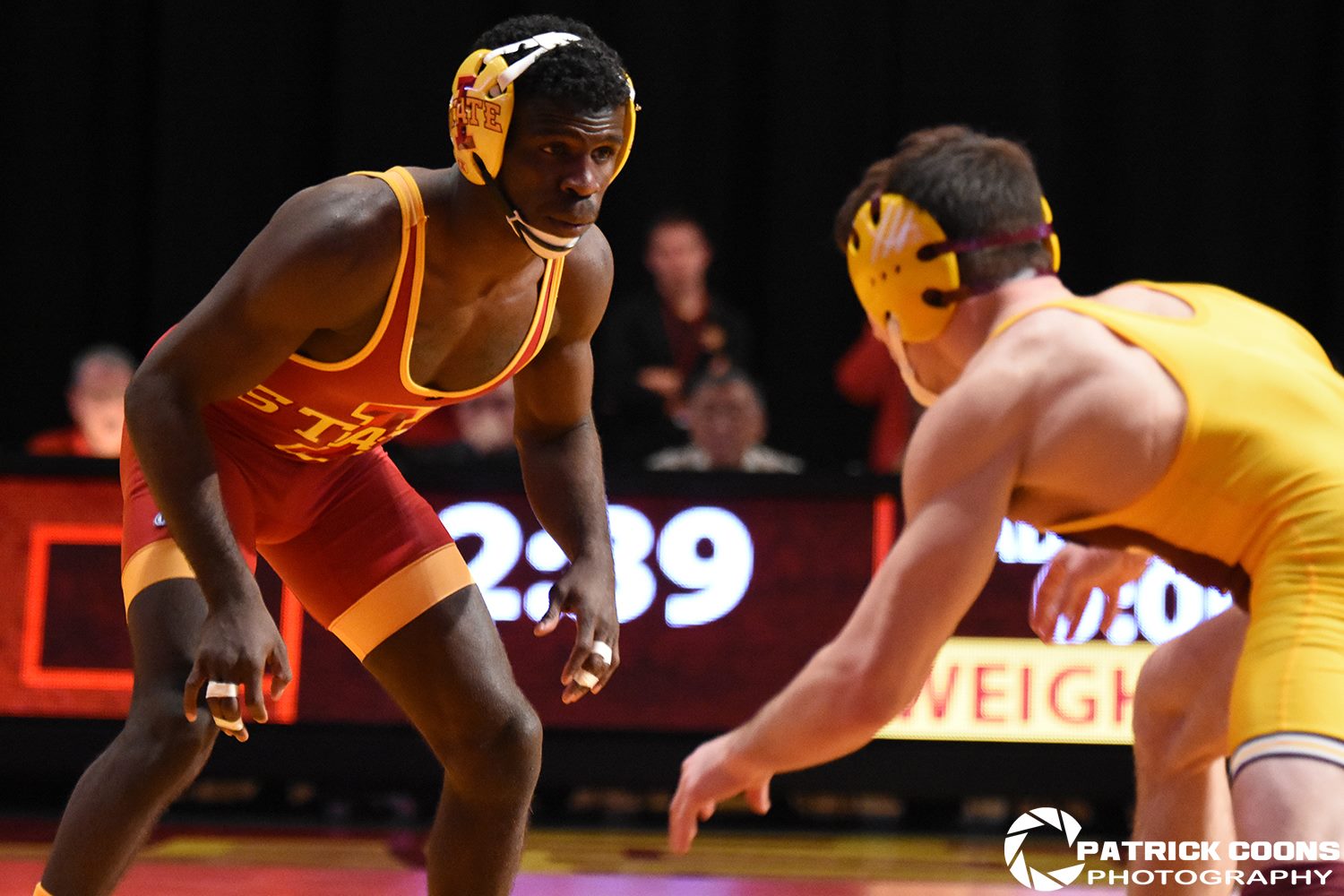 In a surprising twist for Iowa State fans we have learned that All-American Earl Hall has been granted another season to compete for the Cyclones by the NCAA. This past March Hall became head coach Kevin Jackson’s third wrestler to reach All-America status at least two times.

BREAKING: Just got off the phone with @Kidd_125 and he has been granted another year at @CycloneWR! #cyclones pic.twitter.com/KVasvGIpTv

Per Earl Hall according to the deal with the NCAA he will have to sit out the first three matches, but according to Hall he will be competing in Turkey during that time of the season, which means he would have missed those dates anyway.

“Blessed to have the opportunity to compete one more year for the Cyclones,” Hall said, “I didn’t get what I wanted this past season, it feels good to get another year. I’ll have to miss the first three matches, but I plan to be wrestling in Turkey during those matches.”

In 2011 Hall graduated from South Dade high school in Florida and had originally committed to wrestle for Rutgers. Instead he opted to head to Colorado Springs where trained in freestyle at the United States Olympic Training Center (OTC). Two years later, Hall made the announcement he would begin his college career at Iowa State.

His first season in Ames was a big one as he quickly established himself as a top 20 wrestler at the 125 pound weight class. By the end of the year Hall would finish eighth in the country and become the second Cyclone to earn All-American honors at 125 since 1999. Hall then made the decision to move to 133 pounds for his second and third season, taking seventh place this past season.

Prior to this announcement, the NCAA had ruled that Hall’s eligibility started immediately after high school, which isn’t what we typically see when high school athletes go to the OTC out of high school. Recently we have seen the likes of Willie Miklus (Missouri) and Tanner Hall (Arizona State) both train at the OTC for a full year before enrolling in college and starting their eligibility clock. Now it looks like the NCAA has decided to roll back and give Hall another shot.

“Our team needed this and I can’t wait to tell them all. This is a game changer for our team next year. Special thanks to all my coaches for believing in this opportunity and making it happen.” – Earl Hall

We will keep you updated on the details once we get an official statement from the University.