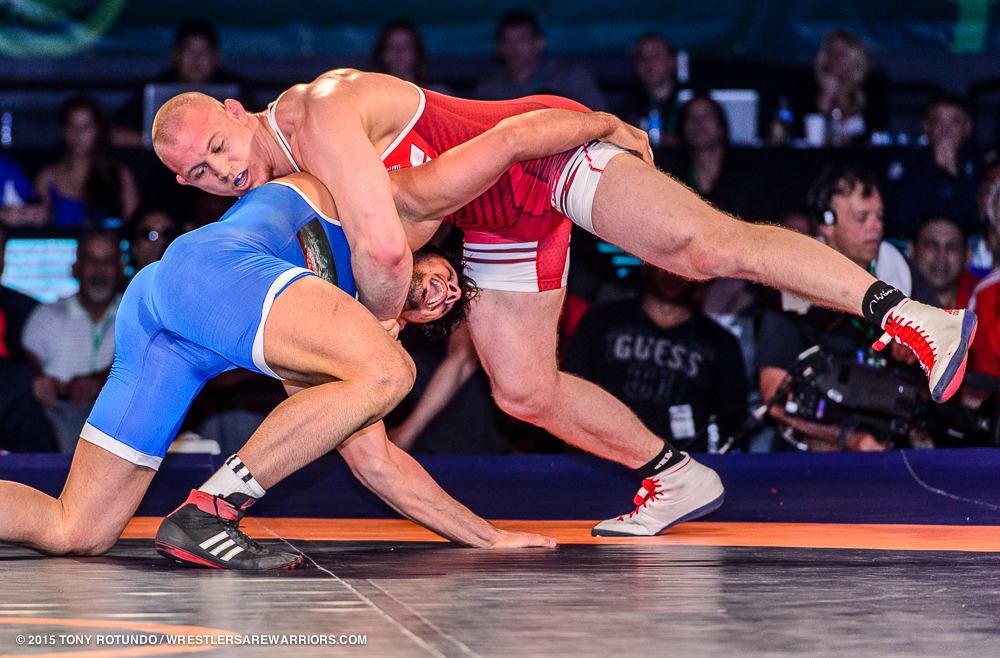 97kg has been one of the United States best weight classes, outside of Jordan Burroughs super human run at 74kg. Out of the last nine years the US has medaled four times with Snyder (’15) and Varner (’12) each taking home a gold and Daniel Cormier (’07) and Varner (’11) with a bronze credited to their resume.

Kyle Snyder will have the luxury of sitting out the challenge tournament because he is a returning medalist. Basically he will sit and watch the other 13 wrestler duke it out. The winner of the challenge tournament will then meet Snyder in a best of three for the spot. Another advantage of having a world medalist at this weight from last year is that the weight is already qualified for this years Olympics so the winner is in. When Snyder takes the mat this weekend you might be seeing the beginning of chapter two in a story of one of the best US Freestylers ever.

Former Iowa State national champ Jake Varner will be the #1 seed in the challenge tournament and odds on favorite to meet Snyder in the best of three. Varner is a two-time world medalist making him a serious threat to take out the top man, Snyder. Varner had a great showing at the always brutal Yarygin tournament in Krasnoyarsk, Russia coming away with a runner-up finish.

The #2 seed in the challenge tournament will be former Ohio State standout JD Bergman. Of the last 13 years, only four athletes have represented this weight on the world level. Those four are Daniel Cormier, Jake Varner, Kyle Snyder, and Bergman. JD competed for the US in the 2010 and 2013 world tournaments with his best finish being 10th in 2010. In both world tournaments his only lose came to the fifth place finisher. As good as Snyder and Varner are, do not overlook Bergman.

Kyven Gadson will be another former ISU national champ to take the mat at this weight. Don’t forget that Gadson has a victory by pinfall over the returning world champ. It may have been in folkstyle, but if Gadson got that throw in freestyle the end result would have been the same. Gadson’s only international competition so far in 2016 was at the Medved where he had an early exit losing first round to the eventual bronze medalist.

The final wrestler with Iowa ties at this weight is former Independence High School standout Blaize Cabell who qualified by winning the last chance qualifier last weekend in Cedar Falls. Blaize was forced to miss this years NCAA tournament due to illness. Having a great Trials will go a long ways toward easing some of that pain from missing NCAA’s. Cabell doesn’t have a ton of big wins in freestyle past high school, but he was a Fargo finalist losing only to Morgan McIntosh.