Reader, Winn to compete in a loaded 86kg field 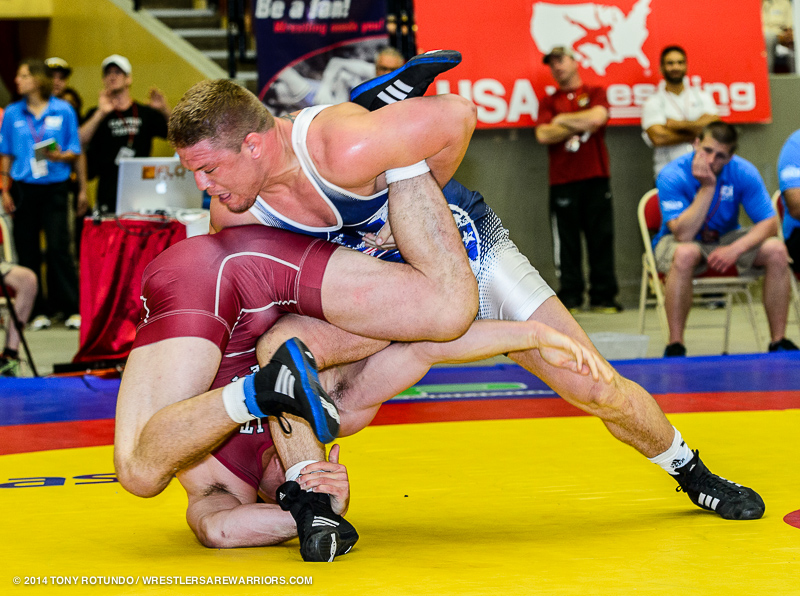 86 kilos will potentially be the most wide open weight in the entire 2016 Olympic Trials. The US has sent 3 different representatives to the last three World tournaments at this weight, and all three are back this year (Herbert, Ruth, Gavin). Jake Herbert leads the way having qualified for four Olympic/World Teams with his highest finish being a silver medal in 2009. As a country, we have a couple top 10 finishes at 86/84 kg over the last 11 years, but in that span Herbert has the only medal since Cael Sanderson won gold in the 2004 Olympics.

Jordan Burroughs dominance at the weight below has causes at least two wrestlers to bump up to 86kg. Those two wrestlers being Kyle Dake and David Taylor. This immediately has made these two top contenders to grab the spot for the US. The winner of the trials doesn’t necessarily have a spot in the Olympics. This weight along with 65kg has not been qualified yet so the winner will be responsible for their own fate at a last chance qualifier.

Jake Herbert is the #1 seed here. Herbert finished in third place at the Pan Am qualifier in early March. He was also last years first place finisher at the US Open in Las Vegas knocking off both Ruth (13-11) and Gavin (5-2) along the way. Can Herbert return to his World Silver medalist form or will the young guns be too much for the 31-year old?

Kyle Dake and David Taylor come in as the #2 and #3 seeds respectively. As dominant as Taylor has been domestically Dake has just had his number. The gap doesn’t appear to be getting any closer too with Dake winning the last match 11-4. One thing Taylor has going for him is his frame is a little bit better suited for the weight jump than Dake, and he has room to fill out more. Will that change anything or will Dake continue to own Taylor?

Its crazy to think former world team member and #4 seed Keith Gavin doesn’t get talked about much at this weight. It might be because he isn’t known for being flashy like some of the other guys at this weight, but he is just an all around solid wrestler. He has also given Dake one of his closest matches in the past few months losing 6-2 in December.

Ed Ruth comes in as the #5 seed. Ed has dropped down a few steps in the rankings due to some loses to the top guys. Ruth should never be overlooked though with his crazy long reach and just all around being dangerous and explosive. Ruth was a World team member in 2014. He did not medal but lost a 7-4 decision to the bronze medalist. Never count out Ed Ruth.

Former Iowa State National Champ Jon Reader comes into Trials as the #6 seed. He has wins over some of the guys seeded below him in Foster and Caldwell. He’s also coming off a solid Senior National tournament in December where he finished fourth dropping a two point match to Dake and a three pointer to Gavin.

The final wrestler with an Iowa tie making the field is Cyclone Wrestling Club’s Deron Winn, who bullied his way through the last chance qualifier this past weekend to clinch his spot in Iowa City. Winn has spent a lot of time up at 97kg, but last year he made the decision to drop to 86kg. At the US Open last May, Winn took fourth dropping matches to Gavin and Ruth.

1) This weight is not yet qualified for the Olympics. The winner of this weight will need to travel to Mongolia to assure that USA will be able to send a wrestler to Rio at this weight.

2) Each weight is a regular bracket with seeding that is contested until we have a pair of finalists. Once we have two finalists, they will wrestle a best-of-three to determine who gets the Olympic spot.