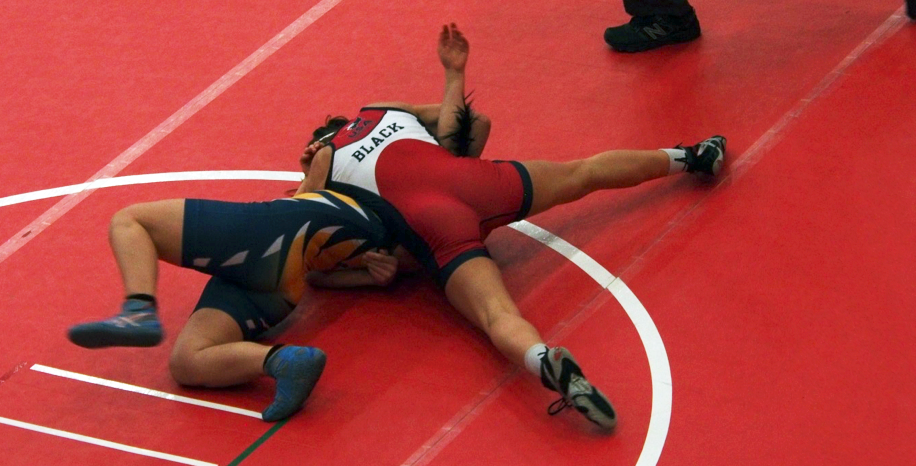 There will be three of Iowa’s own wrestling in the U.S. Olympic Team Trails in Iowa City this weekend with the goal of representing the United States in the 2016 Rio Olympics.

Megan Black of Batavia, currently wrestles for McKendree University (Lebanon, IL). Black is ranked #2 at 123 pounds in the WCWA rankings (February 13th) and #12 at 58 kg in the Takedown Wrestling Senior Women’s Rankings (March 1st). Black (along with Cassy Herkelman) were the first female wrestlers in state history to qualify for the Iowa High School Athletic Association (IHSAA) Wrestling State Tournament. Black also won as part of a state dual team, qualified for state a second time, and is the only female wrestler in Iowa history to win a contested match in the individual tournament. Black is also the only female in state history to place in the individual state tournament where she took 8th in class 1-A, 106 pounds. Black was a USA Wrestling Junior Freestyle National Champion (Fargo) in 2012 and was the 2016 runner-up WCWA National Champion and 2-time WCWA All-American.

Black has faced many of the competitors in this weight class over the past year and has taken losses to #1 ranked (WCWA), Becka Leathers of Oklahoma City University in the 123 pound WCWA finals and the University Nationals as well as a loss to #7 ranked (Takedown Wrestling Senior Women’s Rankings) Jenna Burkert of NYAC and #9 ranked (Takedown Wrestling Senior Women’s Rankings) Arian Carpio of Sunkist Kids at the Senior Nationals last December. Black recently picked up a tech fall win over #3 ranked (WCWA), Dominique Parrish of Simon Fraser University (Burnaby, BC) in the 3rdplace match of University Nationals.

Lauren Louive, of Massilon, Ohio (currently residing in Iowa City) is ranked #8 at 63 kg in the USA Wrestling Senior rankings (December 2nd). Louive was a 2010 Junior World Team member and Junior Pan American Bronze Medalist. She wrestled collegiately for the University of the Cumberlands (Williamsburg, KY) where she was a 4-time WCWA All-American. Louive also has a Senior Pan American Silver Medal as part of her impressive resume’. She is currently a volunteer Assistant Wrestling Coach at Cornell College (Mount Vernon, IA) and is wrestling for the Hawkeye Wrestling Club.

Black and Louvie have their work cut out for them at this weight class but they are hungry, capable and ready for the challenge.

For those fans who plan to cheer on our Iowa women wrestlers this weekend, both the 53 kg and 69 kg weight classes will compete on Saturday with action starting at 9:00 a.m.