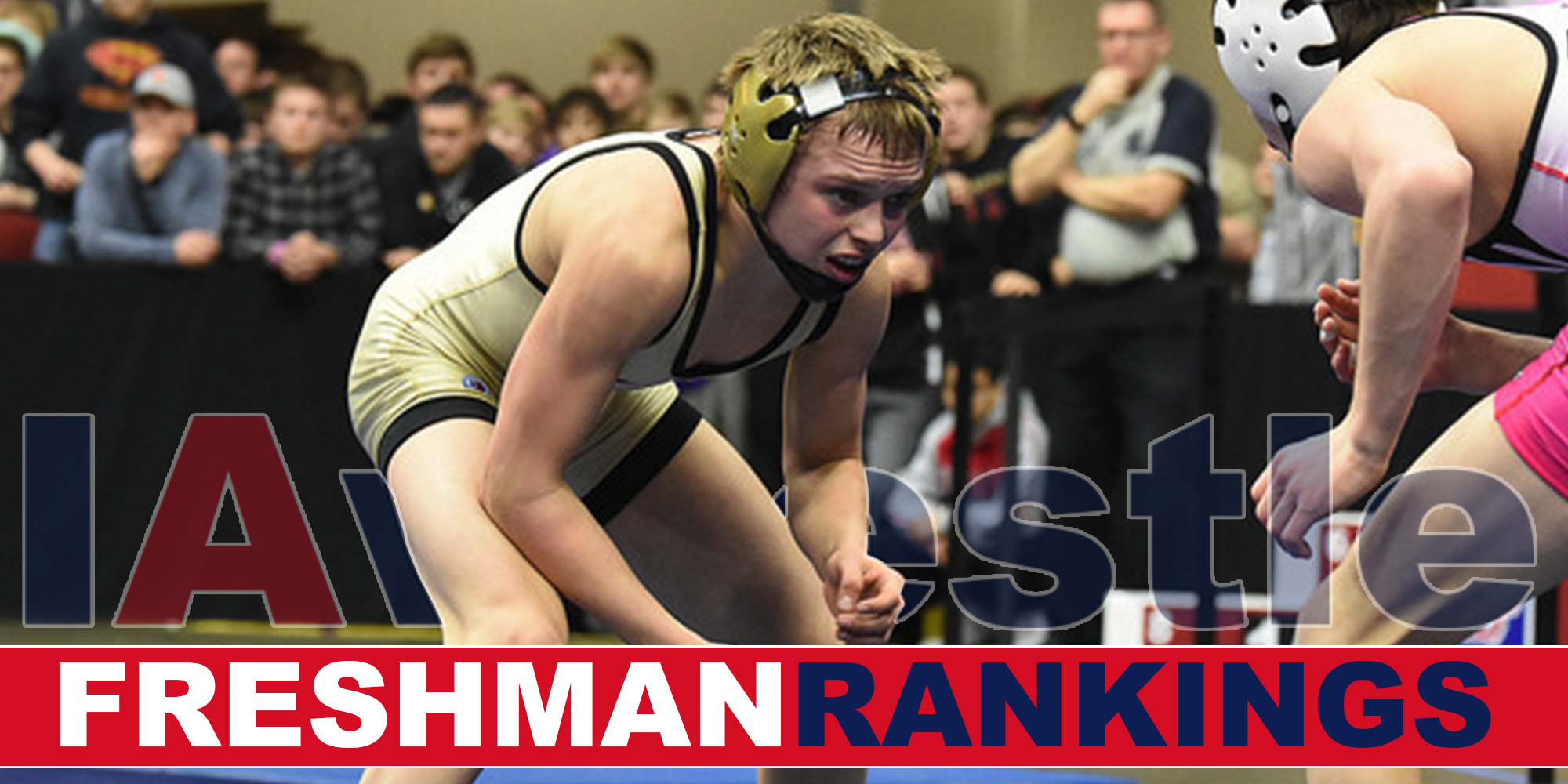 With the 2016 season officially in the books we can unveil our first set of pound-for-pound rankings for the class of 2019. Please join in on the discussion of these rankings on facebook.com/IAwrestle and twitter.com/IAwrestle. Use the hashtag #IAwrestleP4P.

Cade DeVos was one of the most dominant wrestlers in the state before suffering an injury that held him out of the state tournament (his only loss was to Teske), Coupled with his national resume, DeVos was a no brainer for #1. Reeves had a tough state tournament falling to Randone, but as a double Fargo All-American, and solid Super 32 tournament, he sticks as the #2 wrestler.

Both Eric Faught and Nick Oldham were the highest finishing freshmen at the 2016 state tournament, but Faught’s national resume gives him the edge here for #3.

Drake Doolittle had a nice state tournament taking third, and gets a huge boost for scoring a win over Justin Portillo earlier in the season. Josh Tibbits slots right after Doolittle after a 3rd place finish and his only loss to Henderson at the state tournament.

From #7 through our five honorable mention the separation was fairly close. We feel confident that right now we have identified the top ten freshmen, but there are plenty of wrestlers that are right on the cusp of being in the top ten, and even more probably deserving of the honorable mention spot.

We hope you enjoyed our freshmen pound-for-pound rankings and as always, feedback is welcome.