Class 2A best 1st round matches 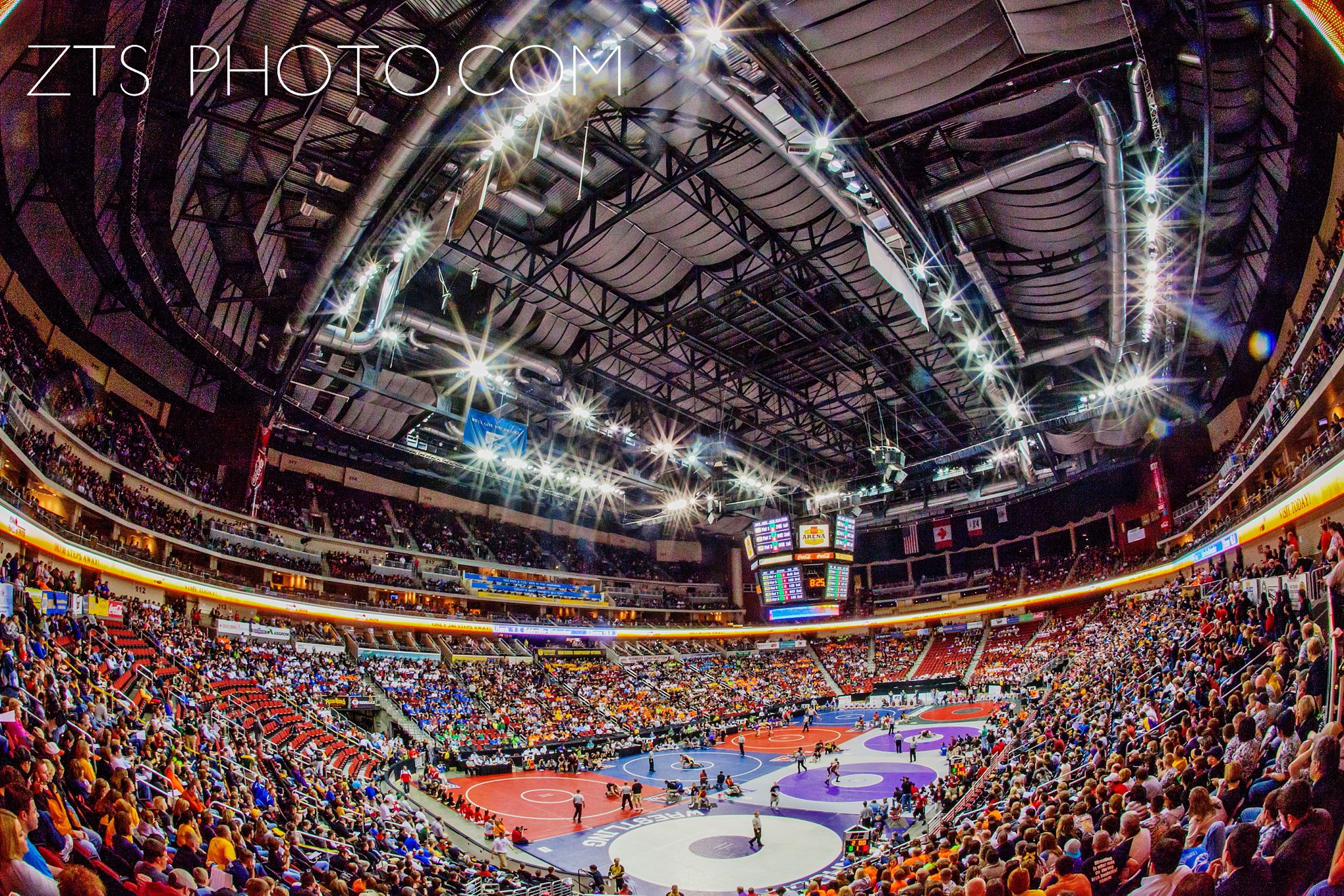 Luensman comes in after having a fantastic freshman campaign where he is 43-2. However, one of those losses came in the district final which set up a first round match with undefeated and 2nd ranked Ruffridge. Ruffridge was a state qualifier last season as well.

It’s not very often you see a rematch of the previous years semifinal bout in the first round the next season but that is what we have here. Keller defeated Fye 4-2 in that match last year and they placed 2nd & 3rd in the state. Keller suffered his first loss of the season in the district final and will be coming in with a chip on his shoulder. Fye suffered some early season defeats up a weight this year but has been wrestling well of late after dropping to 113.

#7 Jacob Fenske of Assumption vs #4 Michael Millage of Crestwood.

Fenske has had a solid senior campaign for the Knights and will play a big role in their quest for a team trophy. The problem is that he drew defending state champion Millage in round 1. This should be a really good matchup and Fenske will be ready for a battle. The winner appears to be in a really good spot to reach the finals with the top 3 guys all on the other side of the bracket.

While these are not highly ranked guys this is a very intriguing matchup and one to watch. Shatek had a very good senior season and was ranked for much of the year before battling through some stuff late in the year. Battani was a state qualifier last season and has been wrestling well as of late and the sophomore made his way into the last set of rankings. This is a big match for New Hampton’s team title hopes and they need some points out of Shatek.

#5 Austin Gutknecht of Clarinda vs #7 Chase Lienhard of Crestwood

After qualifying for state last season Gutknecht has had a very good sophomore campaign and comes in at 42-2. The youngster will run into a solid veteran in 2 time place winner Lienhard. Lienhard has battled injuries the last couple of years and didn’t get a lot of matches in this season but he looked good at districts and is always up for the challenge. After placing 4th as a team last season Crestwood is looking for a trophy this year and will need Lienhard to get back on the podium.

Mommsen has been a very good wrestlers for Assumption over the last 4 seasons but has had some bad luck come state time. Last year he was in a very tough district with 3 ranked wrestlers. This year he is ready to make the next step but his luck still isn’t the best as he draws #2 Thompson out of Creston. After losing first round last season Thompson rattled off 4 straight victories en route to a 4th place finish. Again, this match will be very big for the team race.

This looks to be a great first round matchup between 2 seniors who are legitimate title contenders. Hyland failed to make the state tournament last year after a nice regular season but has really elevated his wrestling this year and comes in at 43-3. Brott placed 4th in class 1A last season before Clarion made the jump to 2A and they are looking for him to make another big run through this bracket.

This is an interesting matchup of the veteran senior vs the dynamite freshman in his first go round. Bradshaw has had a great senior campaign seeing him go 39-1 to this point and comes in primed to make a run. Cummings was wrestling in AAU last season and has been impressive coming into a middle weight as a freshman and going 35-3.

#1 Tristan Johnson of Osage and #4 Josh Strohman of Algona

Strohman placed 8th in last years state tournament and comes in ready to climb higher on that podium. He missed much of the season with a bad injury but made his way back and will be a tough out for anyone. HIs first round opponent will be #1 Johnson who was a state runner up last season as a junior. Johnson is an explosive and dangerous opponent and will be wrestling for the University of Iowa next season.

Shaw has had a terrific Junior season and comes in with an impressive 40-2 record on the season. He was a 6th place finisher last season and looking to improve on that. Sherry is a nationally touted Sophomore who comes in with an impressive resume in folkstyle as well as freestyle. He has taken some losses this year but all have come at the hands of very highly ranked opponents and he placed 4th in class 3A last season.

Clark placed 3rd at 170 last season and has been ranked in the top 3 again this whole year. However, he comes in off of a loss in the district finals and gets a great challenge in the first round. Mathis is a talented senior who is looking to make his way onto the podium at state in his last season and comes in with an impressive 43-4 record.

Haggstrom is a very tough Junior who was a state qualifier in class 3A last season. He has taken some losses this year but has wrestled a very tough schedule and comes in battle tested. Shedenhelm placed 3rd at this weight a season ago and came back as the favorite at 195 this season. He did take a couple losses early in the year but has been red hot since the break and has avenged both of those losses in dominating fashion.

This will be a great battle between 2 highly ranked senior wrestlers who have been here before. McMillan came up 1 match short of the stand last season and will be hungry to reach the podium this season. Paulson placed 4th at this weight last season and has had another very good year as a senior. He does come in as a runner up after losing to #1 Dinsdale at districts which sets up this tough first round draw.

Heath, who was a state qualifier last season, survived a meat grinder of a district that included 4 ranked wrestlers and comes in as a district runner up. Life doesn’t get much easier for him as he faces #9 Caleb Sanders in the first round. Sanders was a class 3A state qualifier last season as a freshman and both are looking to make there way onto the award stand this year.

One thought on “Class 2A best 1st round matches”