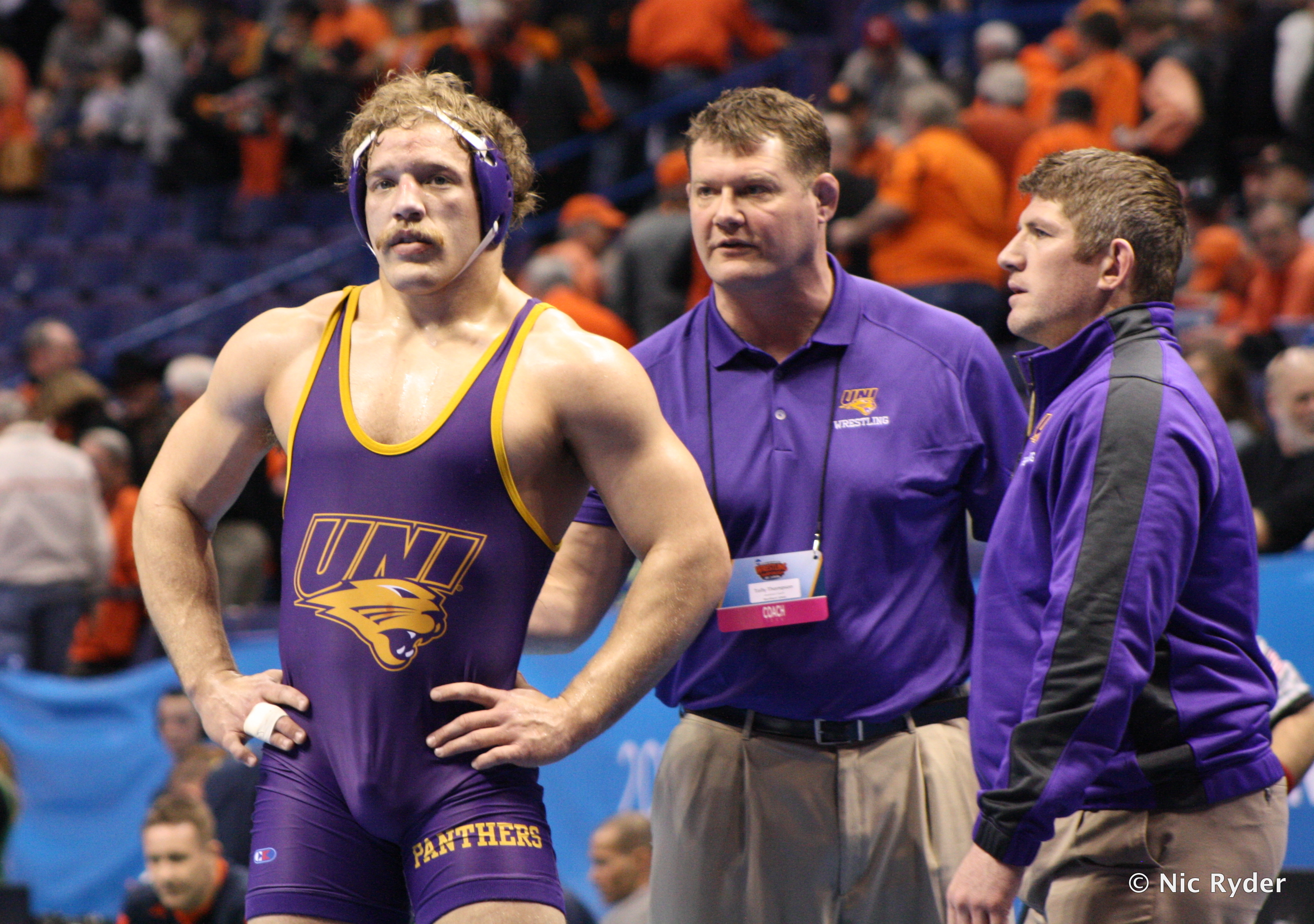 Northern Iowa had a little bit different look to it’s lineup when they took the mat Saturday night against North Dakota State, and the new members couldn’t take down the Bison. NDSU won the dual 22-15, led by #17 Josh Rodriguez and #4 Hayden Zillmer, both of whom scored tech falls.

The Panthers were led by redshirt freshmen and number 15 Josh Alber, who won by pinfall in 2:05 against Nico Colunga. The win by Alber gave the Panthers their first, and only, lead of the night, 6-5 at the time.

Following Alber’s pinfall NDSU would go on to win the next three matches, as Tyler Willers, Adam Perrin, and Zach Witte all fell in succession. Their matches were close, especially Perrin’s, who at one point led 8-5. He would give up the final seven points as Clay Ream scored a 12-8 win over the Panther.

165 pound backup Taylor Berger stopped the bleed for the Panthers, as he scored a nice 6-3 win over Grant Nehring. Berger hit two really nice ankle picks in the first period, and then went on to score an escape and point for riding time to hold on to the lead and get the win. The victory pulled UNI to with five, and that’s as close as they got the rest of the way.

Kyle Lux couldn’t keep things going at 174 pounds as he was reversed twice in the match, trailing 4-2 at the end of the second. He couldn’t find a shot to tie the match in the third, and would fall 5-2.

184 pounder Drew Foster came out right away and scored a takedown against #4 Hayden Zillmer, and after Zillmer got the escape Foster came right back with another single leg for two. Holding the early 4-2 lead, Zillmer worked hard to get back into it, and eventually led 13-5 after the first period. The Bison would go on to win by tech fall, 23-7.

Cody Krumwiede and Blaize Cabell tied things up for the Panthers, as they both secured victories. Krumwiede won in sudden victory, finally getting a shot to finish on the outside after a pretty slow match, 3-1. Cabell only scored three takedowns in his win, but it was enough to get the 7-4 decision over Ben Tynan from NDSU.

The difference in the lineup has everything to do with health for UNI tonight. Peters and Moore are pretty banged up, and it’s not that big a surprise that Schwab and Co. wanted to give Steiert a rest after a very busy homestand as well.

UNI will next be in action next Friday night against Buffalo in New York. The action will start at 6PM central time. We’ll have a full preview up later in the week, so be sure to check back!