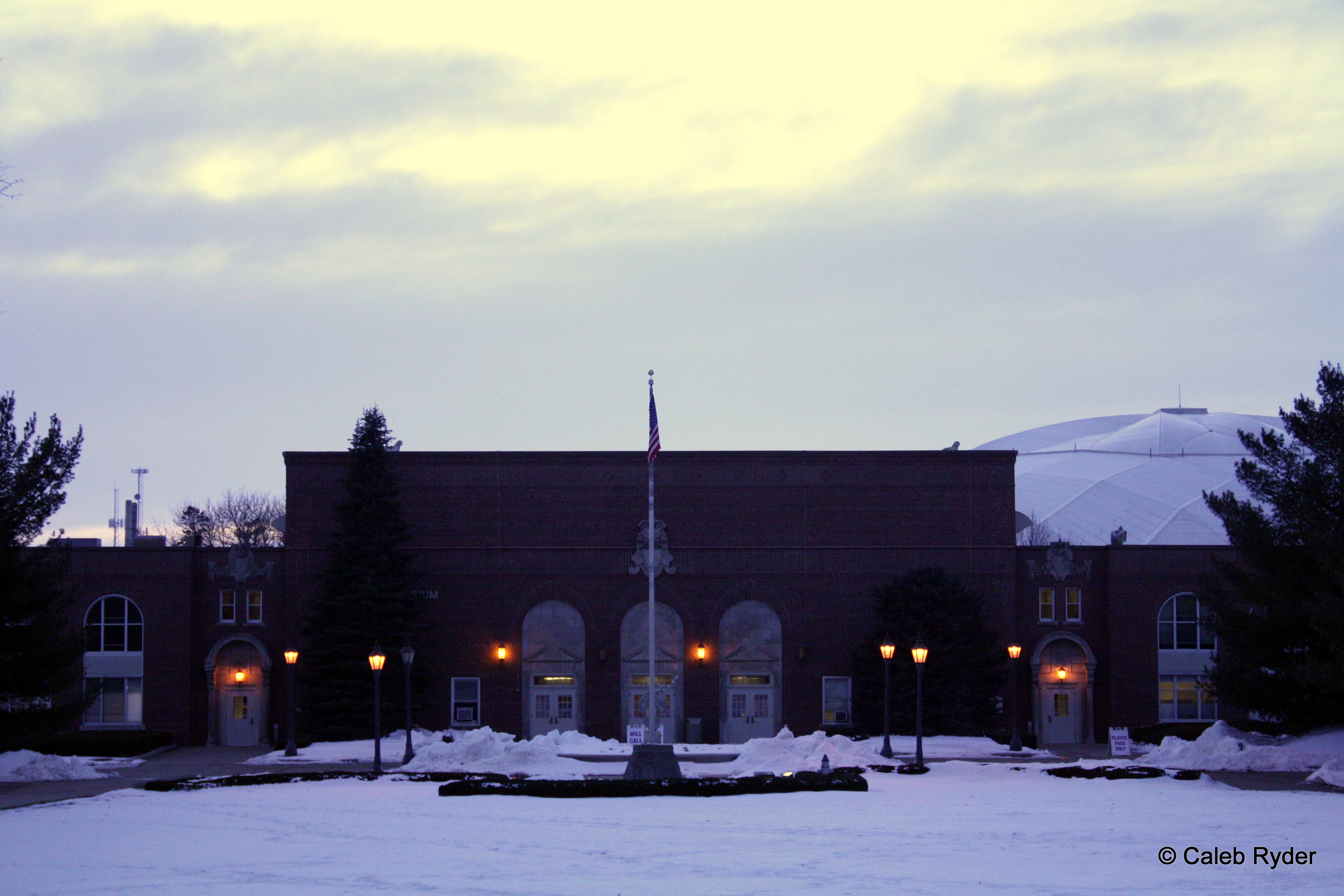 The Panthers came back home to the West Gym for the first time since mid-November but didn’t quite have the horses to get the win over Central Michigan. The Chippewas came in with four ranked wrestlers, but wrestled only three, and still took home seven wins. UNI got wins from Dylan Peters, Cooper Moore, and Blaize Cabell.

The dual started at 149 pounds and the Panthers only won one match in the first five, Cooper Moore’s match at 165 pounds. Bryce Steiert lost by one point, Kyle Lux lost by two, and Jared Bartel lost by five, just in the first five matches.

In Moore’s second match back since his injury at the Midlands the Panther controlled from third period after he and Jordan Atienza traded escape points. Moore scored a takedown and turned Atienza for a four point nearfall. That, combined with a stall point and and riding time, would lead to a major decision for Moore.

The final five matches went a little better for the Panthers, but it wasn’t enough to get the win. They secured two wins but lost two really close matches at 133 and 141 pounds to close the dual.

Peters returned to the lineup after nearly two months away due to injury. He hurt his knee at the Cliff Keen Open in Las Vegas, and hadn’t seen the mat since. He fell behind early to CMU’s Brent Fleetwood, but came roaring back with a six point move that nearly saw Fleetwood get pinned. Peters would end up winning the match 8-3, although his coach would have liked to see more points.

Heavyweight Blaize Cabell came out and did what he does: score takedowns. Cabell scored 15 points on his way to a major decision over Newton Smerchek. This pulled UNI to within 8, and with Peters’ win they trailed only 16-11, but Josh Alber dropped a close decision to Corey Keener and that locked up the dual for the Chippewas.

Trevor Jauch had the last match of the night for UNI, losing on an escape point in the final five seconds against Zach Horan. There was a bit of controversy in the match as Horan came out the backdoor on a Jauch shot, and Horan scored a takedown. Jauch took injury time however, and the call was reviewed and reversed to no takedown, putting the score back at 3-3 with five seconds left. Horan got to choose which position to start in however, he chose down and escaped in the final second to get the 4-3 win.

The loss drops the Panthers to 3-6 overall, and 2-3 in the MAC conference. They sit in 5th place in the conference, and with two more tough conference duals (and Iowa State) in the next week, things don’t get easier for them.

They get very little time to prepare for their next dual, which is against Ohio University on Sunday. Ohio’s head coach, Joel Greenlee, is a former Panther wrestler but probably won’t receive quite as warm a welcome as he would hope. Check out all our photos from tonights dual here!