Skip to content
2A 3A Iowa Hawkeyes Iowa State Cyclones 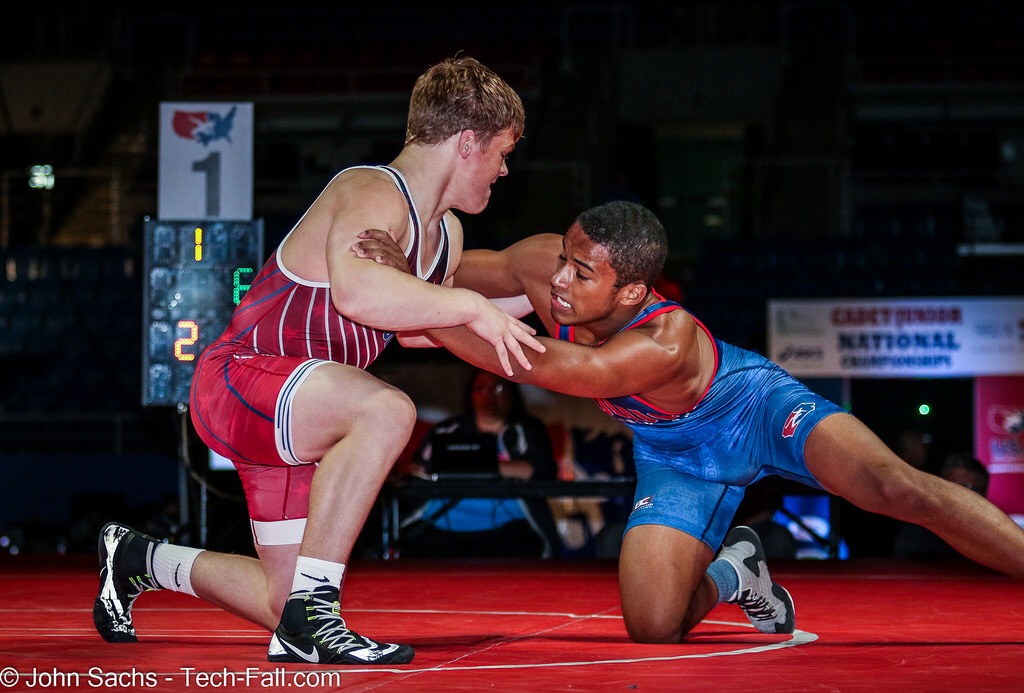 High School analyst Josh Lowe of InterMat continues to update his class rankings, with seniors (class of 2016) coming out earlier in the week, and juniors (2017) being updated yesterday*. Unlike seniors, Lowe only goes out to the top 50 for the junior class, which is probably why only two Iowans show up on the top 2017 class list.

*Note to view the top 50 list, you must be an InterMat Platinum subscriber

The leading man is Creston state champion Chase Shiltz who comes in at #35 on the list. In the latest 2A rankings Shiltz was rated #1 at 170 pounds, over sophomore standout Anthony Sherry of Glenwood. Shiltz was also rated #1 on IA Wrestle’s preseason pound-for-pound junior list.

The second Iowan on the list is Marcus Coleman of Ames, who is rated #40 by Lowe. Coleman is on a tear in the last 12 months, capturing his first state title as a sophomore and following that with a Cadet freestyle runner-up finish at Fargo in the summer. He is currently the #1 ranked 170 pound wrestler in 3A, and is second behind Shiltz in the pound-for-pound rankings.

In addition to Iowa natives making the list, four additional recruits that will compete for an Iowa university also made the top 50.

The Cyclones also have a top recruit in their 2017 class in #14 Austin Gomez of Glenbard North, IL.