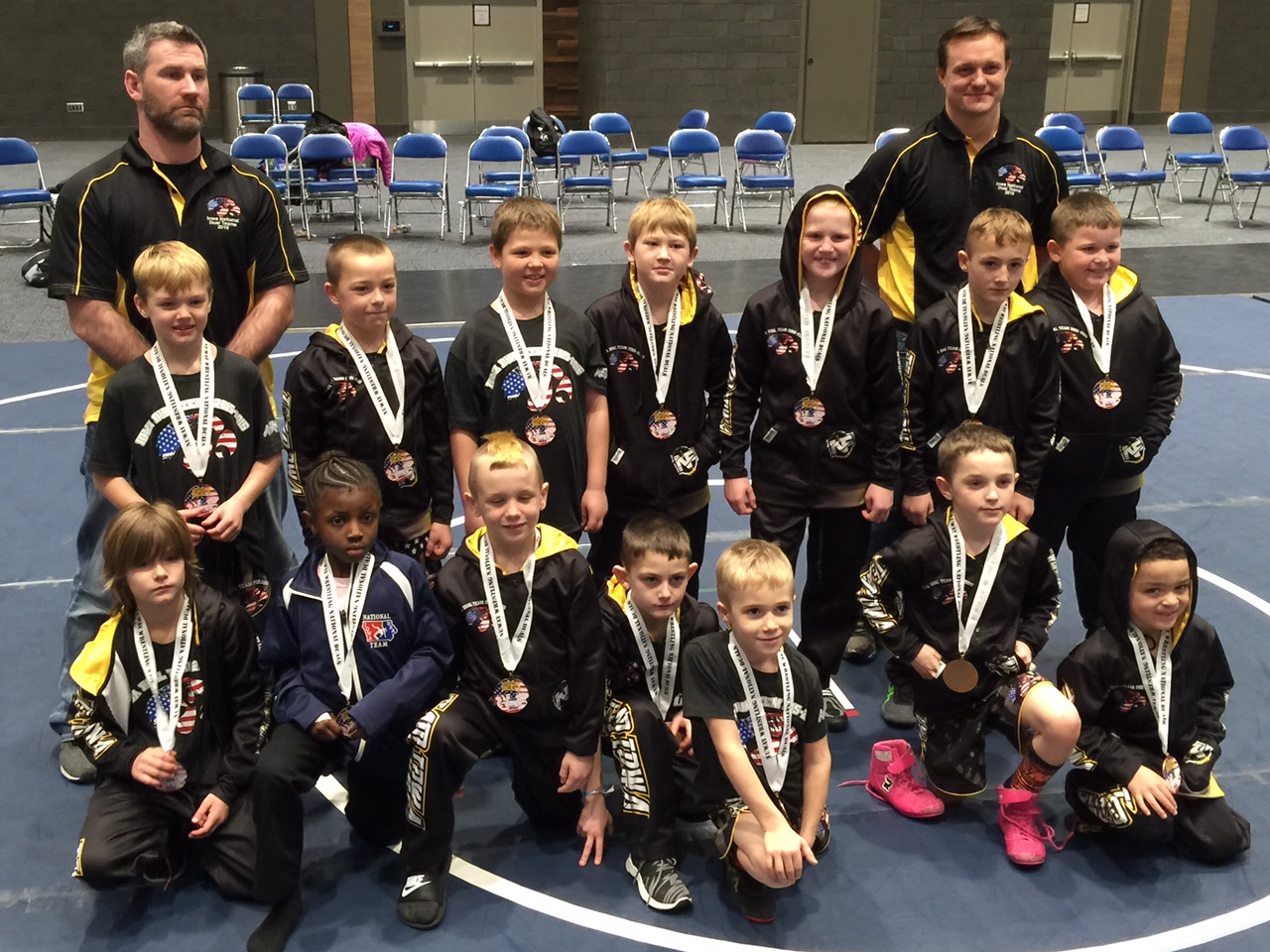 Over 2700 wrestlers on 34 mats were on display January 8-10 for the 2016 NUWAY Duals and the NWCA National Dual Championships at the Allen County War Museum in Fort Wayne, IN.   Every mat featured intense wrestling from all wrestlers from 6 years old to college seniors that was exciting for all in attendance and those watching the live video feeds streaming on Trackcast.

Iowa was represented at the NUWAY Duals by Gold and Black 8U, 10U, 12U teams and a 14U Team Iowa that battled teams from California to Pennsylvania which featured some of the best wrestlers from each state.  It was common to see a state champion versus another state champion – but individual accolades were set aside as team success became the priority.  The boys and girls on these teams arrived in Fort Wayne representing clubs from all over Iowa, many of them not knowing each other, and left with lifetime friendships.  And while the performance on the mat was impressive, the kids on the sideline cheering and coaching their teammates was just as inspiring.

Pool matches were started on Saturday and finished Sunday which determined the Gold, Silver, and Bronze brackets.  One of the highlights Saturday evening for the kids was the introductions of the State National Teams before the finals of the NWCA Championships when they ran through the tunnel and onto the floor through fog machines and a light show to ‘Eye of the Tiger’ – followed by the introductions of the NWCA championship teams where Wartburg, Grand View, and Ellsworth CC were fan favorites of our Iowa youth teams.

After the pool matches were finalized on Sunday morning, the placing brackets (gold, silver, and bronze brackets) were released and the teams immediately went to work.  Here are the final team standings:

We have a lot to be proud of with our performances from our Iowa teams, but I think we all have our eyes on the top spot for the future which was owned in every division by Pennsylvania Gold.  All of their teams were impressive and will keep our kids passionate to keep improving.

Special THANKS to Shawn Koehler for covering the NUWAY National Duals for IAwrestle.