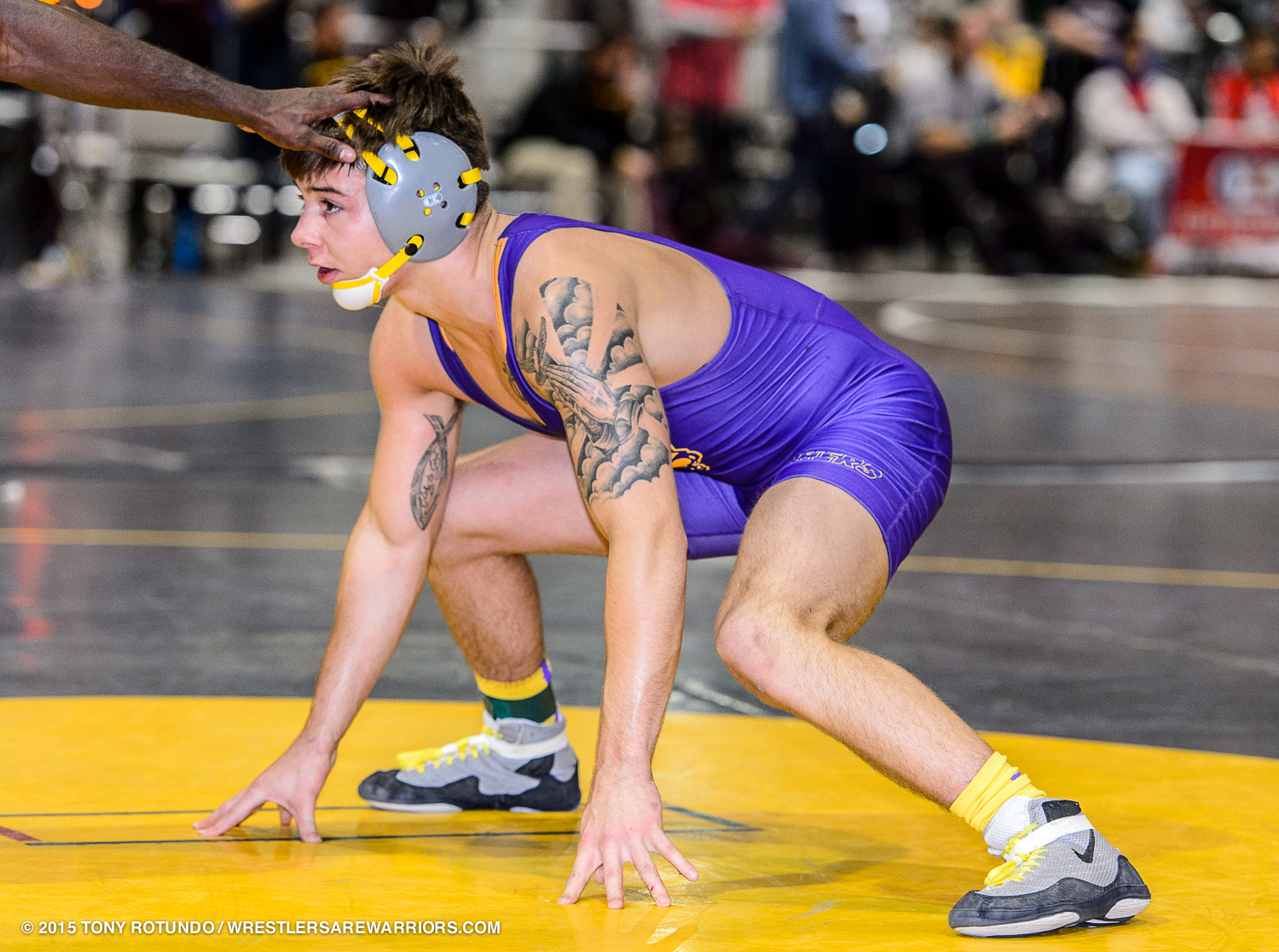 UNI went on the road for the first time in MAC competition to Ypsilanti, Michigan to take on the Eastern Michigan Eagles. The Panthers won four matches, and were leading 14-7 with the final four matches left, but EMU won those final four and took the dual, 22-14. It was the Eagles first win over UNI in the history of their program.

The Panthers scored three more wins, all by decision. Heavyweight Blaize Cabell took down Gage Hutchinson, 9-4, while Trevor Jauch had a strong appearance against Kyle Springer, winning 6-3. Jauch worked hard in his match to fend off shots by Springer, and was rewarded with the victory.

Bryce Steiert continued bounced back after a disappointed loss at The Midlands with a nice 9-5 decision over Devan Marry. Like Jauch, Steiert had some nice hip-outs to fend off shots by Marry, and would scramble for some nice takedowns to secure the win.

That was the last win that UNI would win though, as Taylor Berger would take the mat for the injured Cooper Moore, and drop a close match 8-3 to Dakota Juarez. Drew Foster would drop the hardest-fought match of the night in the second tiebreaker to Jake Davis.

EMU took a 16-14 lead after Derek Hillman took down Cody Caldwell, 8-4, so the dual came down to 197 pounders Jared Bartel and #14 Anthony Abro. Bartel came out firing, scoring a takedown in the first ten seconds of the match, and then another to eventually go up 4-2. But Abro would lock up a cradle in the second period, and then eventually the pinfall in 4:27 to clinch the dual for Eastern Michigan, who moved to 2-0 in MAC Competition, and 7-2 overall. The Panthers dropped to 0-2 in the MAC, and 1-4 overall.

The Panthers will next be in action this Friday night at Northern Illinois, where Cooper Moore is expected to rejoin the lineup after going out with a concussion at The Midlands.