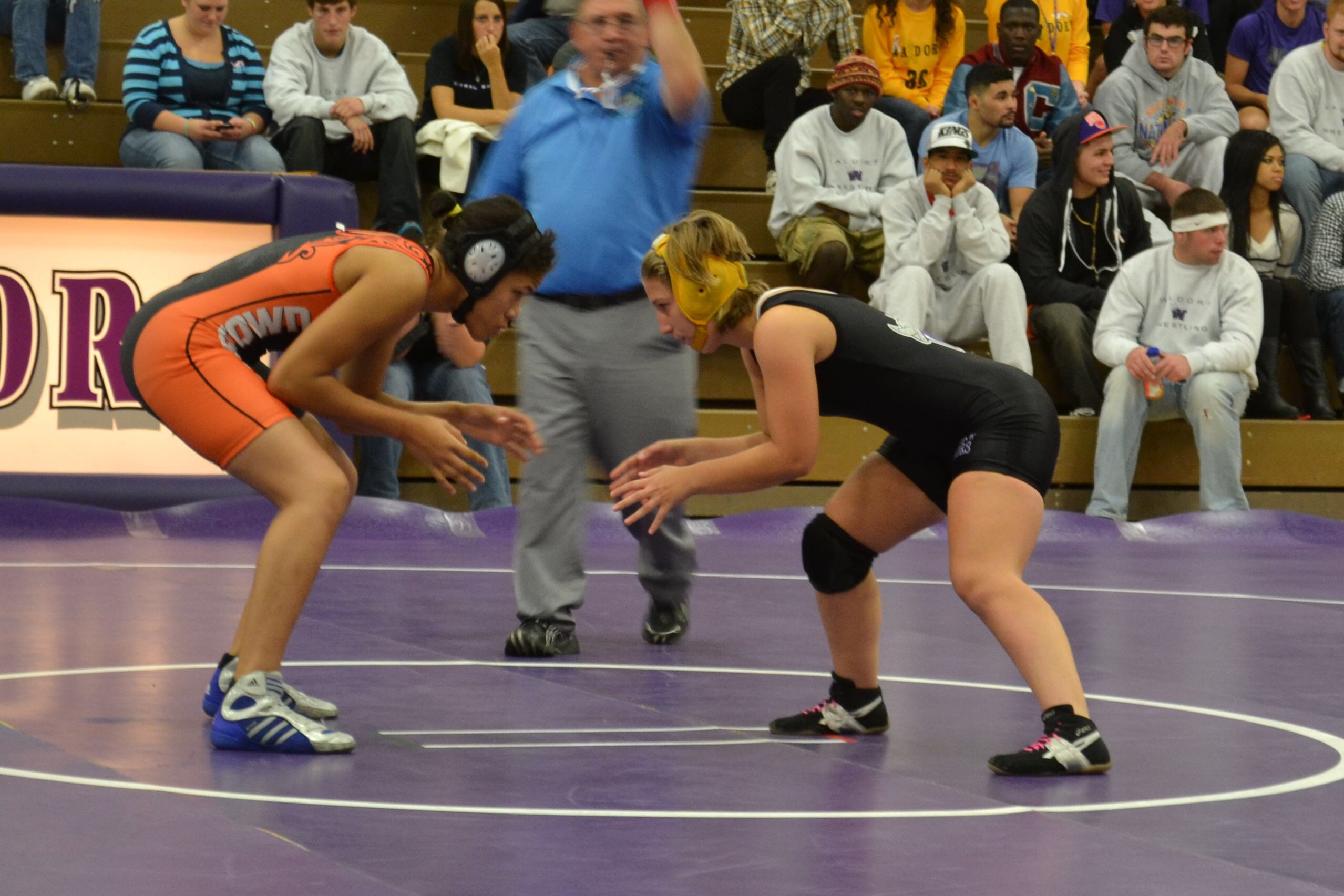 With school letting out for the holidays, we have not had many updates for women’s wrestling at the senior, college, or high school levels. With that said, it is a great opportunity to focus our attention on Waldorf College, Iowa’s own women’s college wrestling program. Waldorf is located in Forest City, a northern Iowa town of just over 4,000 residents; also home of Winnebago Industries, the famous motorhome manufacturer.

The Waldorf Warriors, who added women’s wrestling in 2010, are members of the National Association of Intercollegiate Athletics (NAIA) and compete in the North Star Athletic Association. In the short time since the program began, Waldorf has produced eight WCWA All-Americans and two FILA/Body Bar Junior Runner Ups (Gabrielle Lord-Klein 2011 and Jessica Fresh 2012).

The Warriors are led by head coach Tyreece Gilder, now in his third season; and second-season assistant coach Brock Binversie. Coach Gilder, a 2003 Arizona state high school champion, began his career at Waldorf as the assistant coach of the men’s team then stepped up as the interim head coach of both the men’s and women’s teams before taking the helm of the women’s program in 2013. In his first two seasons as head coach, Gilder has produced three WCWA All-Americans.

What many do not realize is how many Iowa women have wrestled for the Warriors in the short history of the program:

Several Iowa wrestlers of note who have competed for the Warriors:

These athletes were pioneers in women’s wrestling and were the inspiration of many female Iowa wrestlers competing today.

Waldorf will host the Waldorf College Open, January 2nd starting at 9:00 a.m. in the Hanson Fieldhouse, 206 John K. Hanson Dr., Forest City, IA. Competition is open to all WCWA wrestlers and senior level athletes and will run straight through to completion. This is a great opportunity to support women’s wrestling in Iowa and see freestyle competition at the collegiate and senior levels. There will be wrestlers from six collegiate programs taking part in the competition.