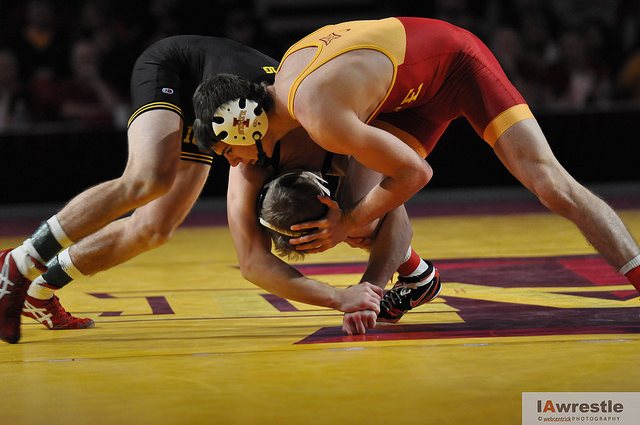 Who: UR Wyoming Cowboys

The Iowa State Cyclones open up their 2015 conference schedule by wrestling the Wyoming Cowboys. This past year the Big 12 merged with the Western Regional; thus gaining 6 teams. Those 6 teams include Air Force, Northern Colorado, Utah Valley State, North Dakota State, South Dakota State and Wyoming. This will be the 15th meeting between the Cyclones and Cowboys; with the Cyclones holding a 13-1 edge. The Wyoming Cowboys are coached by former Oklahoma State standout Mark Branch. Of note; Branch is the last unseeded wrestler to win a national championship.